Mike Fleming Admits He Slept Through a Third of Star Wars: The Force Awakens

The Force Awakens was no match for the combination of early arrival, lingering jet lag and a full day of meetings. 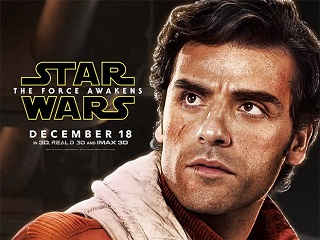 There’s a funny reporter’s confession in this week’s Bart & Fleming column on Deadline. The site’s co-editor in chief admits he slept through about a third of Star Wars: The Force Awakens during last week’s big Hollywood premiere event.

Fleming explains the reasons he was so tired, and segues from there to some similar days in New York:

As a reporter on a gossip column at New York Newsday, I covered Broadway premieres. The curtain rose at the time when I was usually commuting home on the LIRR train to Lindenhurst, when I was accustomed to falling asleep for an hour. I’d take my wife with me to Broadway; her job was to deliver a sharp elbow when necessary, since we were always seated six rows out in the center, close enough that the cast can see you, and how rude is that? Once, I fell asleep at some Noel Coward revival, woke up with a start and wondered why she hadn’t elbowed me. She was out cold. That show closed quick…

Peter, is this as bad as the Seinfeld episode where Jerry is caught necking during Schindler’s List?

Looking ahead at how the ILM deal has set up Disney, Fleming speculates that Harrison Ford will return for another Indiana Jones, with Chris Pratt in tow and George Lucas allowed to help Steven Spielberg for that reboot. Later on in the back-and-forth conversation, Bart takes a shot at former Variety colleague Todd McCarthy for crowning a “Ten Best Films of 2015” list with the wordless Ukrainian drama The Tribe.