A woman in Cornwall in the U.K. came up with a creative way to use Facebook to accelerate a family spat, and it earned her 20 months in prison. 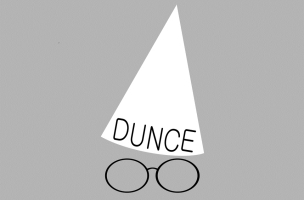 A woman in Cornwall in the U.K. came up with a creative way to use Facebook to accelerate a family spat, and it earned her 20 months in prison.

The Independent reported that Michelle Chapman created fake profiles for her father and new stepmother, and then proceeded to use those accounts to send herself “hundreds of abusive messages of very unpleasant sexual nature,” reporting those messages to the police.

According to The Independent, she tried a similar stunt in 2009, and her father and stepmother were arrested and warned, but this time further investigation revealed that the Facebook accounts in question were created at her address.

Prosecutor Philip Lee said Chapman “wanted to make their life hell,” and she sought “revenge on her father for matters in the past,” and Judge Harvey Clark said while sentencing her:

People have suffered a great deal of distress as a result of your wicked behavior.

The Independent reported that a restraining order has been issued against Chapman, and her computer was confiscated.

Readers: What did you think of the 20-month sentence Chapman received?