They're still going to advertise with BDG sites, they say 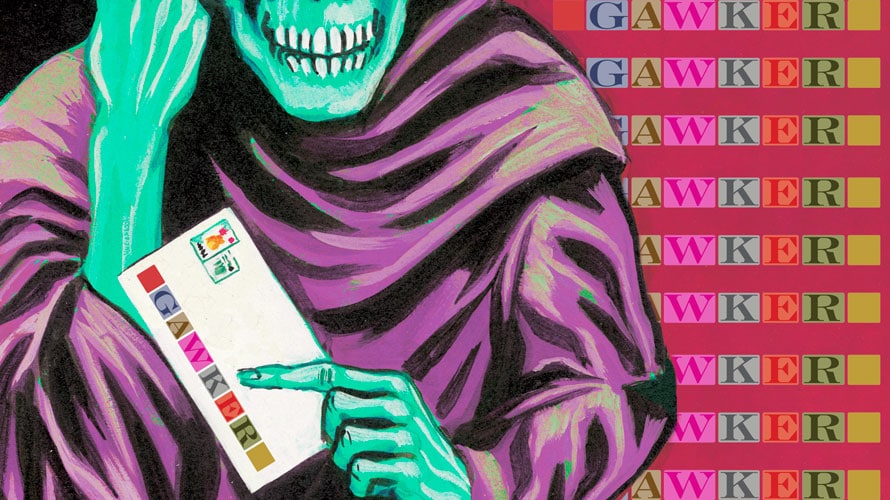 Gawker.com has a certain je ne sais quoi that makes it unappealing for media buyers.

After reports this week about how the Bustle Digital Group-owned site has lost its steam in what was supposed to be its rise-of-the-phoenix moment, media buyers tell Adweek that while they were personally interested in seeing what a revitalized, albeit nicer, Gakwer.com looked like, they’ve found other ways to reach that audience and are actually lukewarm on seeing the website make a comeback.

“It didn’t always have the most positive reputation in terms of brand safety for clients,” said a media buyer, who spoke on the condition of anonymity.

BDG also let go three of the four people hired to breathe new life into Gawker.com. A BDG spokesperson said the publisher will instead focus on investing in other brands it recently acquired, including Mic (and a robust branded content team), The Outline, Nylon (BDG’s first foray into print) and Inverse.

Buyers say they do remain interested in including these sites in their media plans, along with the publisher’s other properties, The Zoe Report, Flavorpill Media, Bustle, Romper and Elite Daily. But for Gawker, perhaps a little more time is needed.

“Gawker should wait until it’s ready for its second act—the advertisers they should attract will give it a look at that time, but of course there’s many that will not, regardless of when they relaunch,” said Clint White, WiT Media president and founder. “Hopefully the staff will take time to innovate in the advertising space as well—that environment should be fun, irreverent and uniquely bold.”

There are, so far, no plans to shut down the most valuable asset of the Gawker.com acquisition: its archive of articles. But there won’t be a dedicated BDG staff behind the site.

The cut BDG staff included Dan Peres, a longtime magazine exec who joined to serve as Gawker’s editor in chief; Nate Hopper, formerly of Time, who joined to be a senior editor at Gawker; and Carson Griffith, who was brought on as editorial director and whose leadership and social media presence led to at least two writers resigning. Publisher Amanda Hale will move into a transitional role at BDG.

Gawker.com, with a legacy that included reporting on endless appetizers at TGI Friday’s, an investigation into Donald Trump’s hair and a sex tape featuring Hulk Hogan and a woman who wasn’t his wife, ultimately faced its demise after it faced legal trouble with Hogan over the piece.

Under founder Nick Denton, the site served as a launch pad for many within media Twitter—and a topic of conversation for them when BDG purchased the Gawker.com wreckage in an auction fire sale for reportedly less than $1.5 million.

The other Gawker assets, including Gizmodo, Jalopnik, Jezebel, Deadspin, Lifehacker and Kotaku, were purchased by Univision in 2016 for a cool $135 million. Those sites (known as Gizmodo Media Group) and The Onion were acquired by private equity firm Great Hill Partners in April. Since the acquisition, The Daily Beast has reported on the tumultuous time some staffers are having with what they told the publication was an “insane” direction in leadership.

Media buyers said they had no plans to suddenly exclude the other Gawker assets from their media planning, especially with such a strong branded content team.

“Gawker is such a unique site and has such a very different kind of history than a lot of the sites that have been acquired by Bustle,” said Sara Pfitzinger, director of display advertising at 3Q Digital. “I don’t know that we can say, ‘hey, this is indicative of what might happen with other sites they’ve acquired.’”

As another media buyer who spoke on the condition of anonymity said in reaction to BDG’s news to not relaunch Gawker.com: “I don’t know. Does anybody care?”

The author of this article was previously employed at the same publisher as Amanda Hale.