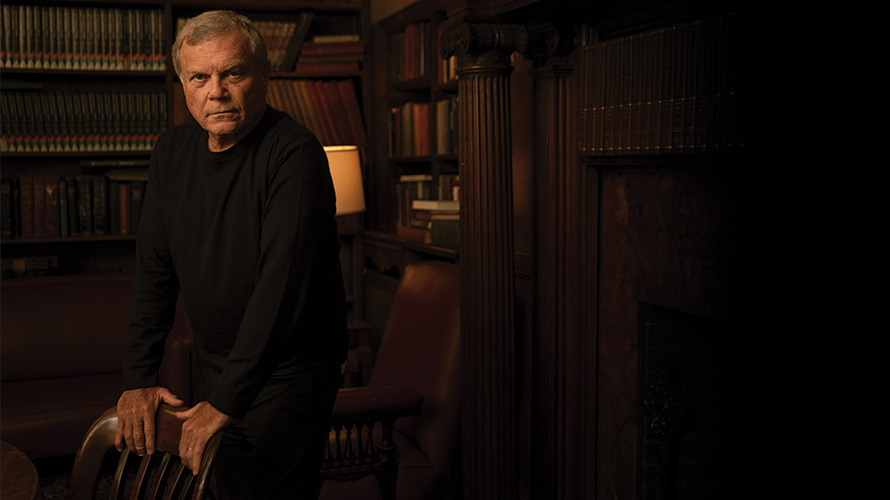 The Covid-19 pandemic is shaping up to be the black swan that will trigger a reset in the global economy, the scale of which has not been seen for close to a century.

Its impact on the media and advertising industries has been (and will continue to be) profound, with an ominous amount of furloughs, layoffs and pay cuts across job levels. And the mood of agency holding group CEOs, arguably the best bellwether for the flow of industry spending, suggests the current quarter will “not be pretty.”

Although away from “the big six,” S4 Capital’s Martin Sorrell, arguably the man with the single biggest influence on the industry, suggests there is opportunity for some, particularly those with digital already in their DNA.

Recently, in a conversation with Michael Seidler, CEO of Madison Alley Global Ventures, Sorrell drew on his decades of experience, including several comparable economic downturns, to dispense advice. Below are edited excerpts of this conversation.

In such straitened economic times, and with advertisers largely pressing pause on ad spend, finance and liquidity are key areas for any company to make it through the lean quarters ahead, according to Sorrell. “Cash is king, and liquidity is important, so we’re very focused on that.”

When asked for leadership advice during such an unprecedented process of adjustment, Sorrell noted how his outfit’s actions included cutting compensation for its top executives by 50%, and in certain cases even more. “From April 1, we’ve done that for six months, and at the end of the six months we’ll review the situation,” he added.

For Sorrell, trimming from the top will help to alleviate the need to cut headcount in the lower tiers of the organization, a move many holding groups have made in recent weeks. This poises S4 Capital to be ready when the ongoing contraction eventually produces opportunities in terms of new business wins, an outlook embodied by his “faster, better, cheaper” mantra of recent years.

Q2 will be harsh, but a V-shaped recovery is possible

Sorrell helped navigate his former outfit WPP through some severe economic downturns, including the financial crash of the late 2000s, with the current “bloodbath” likely to spur an unprecedented wave of digital transformation.

Sorrell also took the time to challenge the notion that it’s possible to spend your way to recovery. “This view in the ad industry that clients should spend, spend, spend during recessions is nonsense,” he said.

Ad agencies that counsel clients—many of whom are starved of revenue amid global lockdown orders—to spend their way through such uncertain economic times are likely to fall out of favor. “You can say, ‘Let’s move money to into purpose programs of various sorts,’” he added. “But you cannot say you should flagrantly spend, because you may spend yourself out of existence. … Companies will be quite rightly judged by what they do in this recession.”

Asked for comparisons between now and the economic downturn after the 2008 financial crisis, he said a full recovery in the wider advertising business may not happen until 2022, similar to a decade ago.

“A bounce-back maybe like we saw in 2010, not 2009,” he said, noting that 2009 was a “brutal” year for the ad industry. “This is not like the financial crisis, so one doesn’t know, but I would be in the slightly more bullish school—and maybe that’s because S4 is purely digital.”

How WeWork had ‘the right idea’

Sorrell forecast a tiered end to “harsh lockdowns” by the end of June, and said he anticipates digital ad spend will see a “mild recovery from low levels” in Q3 with gradual improvements in spend into early 2021.

Such an analysis is commonly referred to as a V-shaped recovery, with Sorrell’s rationale for predicting such a robust recovery in a relatively short period of time due to the extent of government stimulus packages taking place across the globe.

“I think this is going to be so sharp, and the recovery so quick… we’re working in a warp-speed,” he said, adding that the severity of lockdown orders across the globe was simply a sign of the unpreparedness of governments for the Covid-19 pandemic.

Regardless of the official start of any recovery, the world will operate differently post-pandemic, with changes in consumer consumption habits likely to pose new challenges for marketers—not to mention managers trying to navigate the new advertising economy.

In recent weeks, he has had multiple conversations about terminating S4 Capital’s leases, both internally and with clients, as much of the workforce prefers the flexibility of remote work, while CFOs will relish the potential cost savings.

“We’ve already had conversations internally about costs,” he said, adding that people and property are always the two biggest outgoings in any business.

S4 Capital is scheduled to issue its Q1 trading update on May 7.