Mark Zuckerberg Is Giving Away 99% of His Facebook Fortune 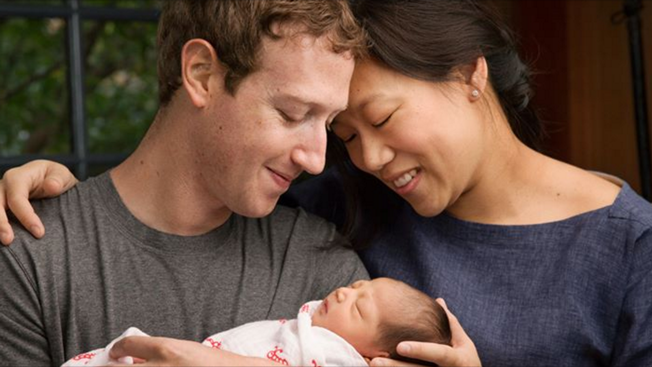 Facebook CEO Mark Zuckerberg and his wife Priscilla Chan today announced the birth of their daughter, Max, while also revealing that they plan to give away 99 percent of their Facebook shares over the course of their lives. Zuckerberg's estimated net worth is about $46.8 billion.

Talk about #GivingTuesday, indeed. The 31-year-old tech entrepreneur is establishing an entity with his wife called the Chan Zuckerberg Initiative, which was revealed—as well as his intentions to donate his huge fortune—in a Securities and Exchange Commission filing.

Here's an excerpt of the filing: "On December 1, 2015, our Founder, Chairman and CEO, Mark Zuckerberg, announced that, during his lifetime, he will gift or otherwise direct substantially all of his shares of Facebook stock, or the net after-tax proceeds from sales of such shares, to further the mission of advancing human potential and promoting equality by means of philanthropic, public advocacy, and other activities for the public good. For this purpose, Mr. Zuckerberg has established a new entity, the Chan Zuckerberg Initiative, LLC, and he will control the voting and disposition of any shares held by such entity."

On Zuckerberg's Facebook page, he and Chan offered a letter to their newborn daughter as well as a video explaining what they want to see happen in her lifetime.

Their letter reads: "As you begin the next generation of the Chan Zuckerberg family, we also begin the Chan Zuckerberg Initiative to join people across the world to advance human potential and promote equality for all children in the next generation. Our initial areas of focus will be personalized learning, curing disease, connecting people and building strong communities."

Zuckerberg and Chan follow in the philanthropically-minded footsteps of Microsoft founder Bill Gates, who with his wife, Melinda, established a goodwill foundation in 2000 that's now worth at least $44 billion in charities.