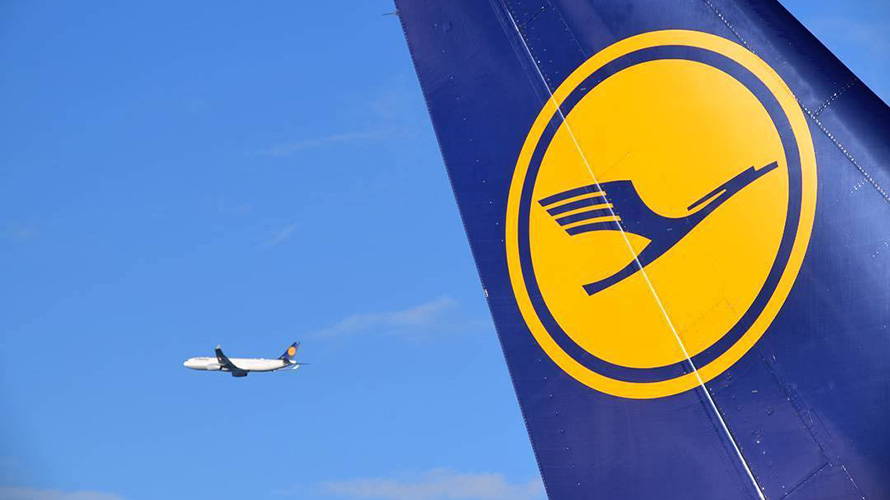 Are airplanes the next big opportunity for branded networking events? Lufthansa hopes so.

After testing themed flights for South by Southwest and New York Fashion Week earlier this year, the German airline is creating a handful of flights aimed at passengers who are attending conferences, complete with programming and in-flight Wi-Fi to keep passengers entertained (and networking) before they even arrive at their destination.

Lufthansa is partnering with German digital marketing conference Dmexco on a pre-conference flight from New York to Cologne, Germany, where the two-day gathering takes place. If being trapped on a plane for networking is your idea of hell, then this probably isn’t the experience for you. But if you want to get a head start on collecting business cards and a peek at what Dmexco’s programming, then, hey, why not?

In March, Lufthansa created similar flight packages for South by Southwest attendees traveling from Frankfurt, Germany, and held a mini fashion show in the air during New York Fashion Week in February.

Adweek spoke with Dr. Torsten Wingenter, senior director of digital innovations at Lufthansa Airlines about how the Dmexco experience will work and why the brand partners with event companies.

Adweek: What’s the value in doing these partnerships?
Dr. Torsten Wingenter: It means we have to rethink air travel beyond optimizing food, beverages and watching movies. These partnerships help us to find out [what] air travel could look like in the future for certain interest groups: It’s not about getting from A to B but how can this experience around the flight maximize its value for all passengers?

How will this work? What will the programming include?
There will be a get-together at the gate of JFK airport before the flight takes off. People who share the same travel destination—in this case the Dmexco in Cologne—share the same interests. We want them to meet and talk.

As soon as the plane reaches its cruising altitude, our team will set up the camera and a special Wi-Fi network. The speaker talks to the camera and swipes through his or her slides on a tablet-PC. Every passenger on the flight can receive the Wi-Fi signal on a smartphone, tablet or laptop. In a browser window the passenger sees a split screen with the speaker and the slides. During each talk the audience can send questions to the moderator.

The FlyingLab Dmexco consists of five 15-minute talks. On board are Terence Kawaja, founder and CEO of Luma Partners; Jon Collins, global president of integrated advertising at Framestore and [YouTube star] Rachel Levin talks about being an influencer with 12 million followers on her YouTube channel.

Will Lufthansa do more partnerships like this one in the future?
So far we held half a dozen FlyingLabs, including one for South by Southwest in March. We had a conference on-board an Airbus 380 on the way from Frankfurt to Houston for SXSW participants traveling onward to Austin. The FlyingLab Dmexco is the first to start in the U.S.

The second will be a couple days later. On September 13 we will have a FlyingLab me Convention onboard from San Francisco to Frankfurt. The me Convention is a future conference organized by SXSW and carmaker Mercedes-Benz. In 2018, we will kick off with a unique flight together with Deutsche Telekom to CES in Las Vegas. It will be the highlight of the exclusive Fashion Fusion Lufthansa challenge where the winners of the smart crew uniforms of the future will be presented.

In general we are open to further partnerships. In May, we had a FlyingLab Sapphire Now. It was an exclusive SAP pre-conference on board with many SAP clients, users and employees on their way to the world’s largest SAP congress in Orlando, Fla. Based on this pilot, we developed the “Business FlyingLab” as a commercial product. Companies can create their own future experience for their guests already starting at the gate with an event, live speakers and latest tech gear on board to take them on to a special journey.