Lucky Is Carving Out an E-Commerce Identity by Putting Readers, Not Products, First 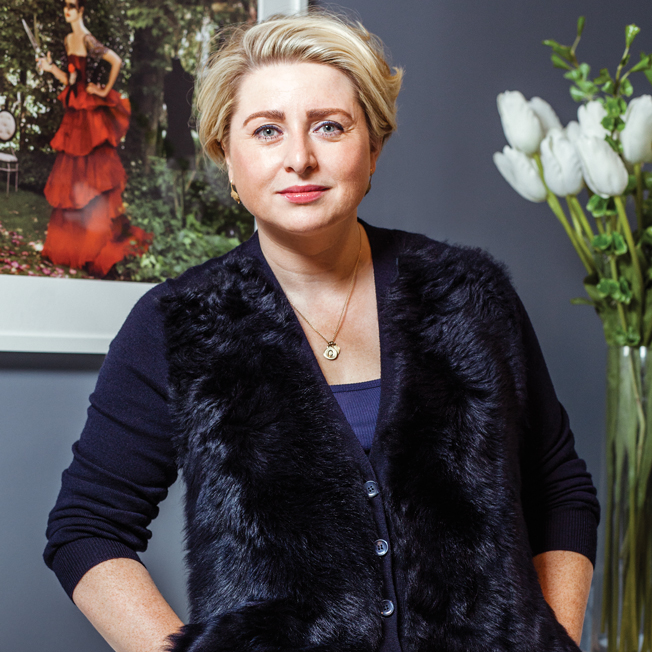 This summer, Lucky, the 14-year-old "magazine about shopping," made a surprising announcement: It was merging with e-commerce company BeachMint and spinning off from Condé Nast as an independent company. In addition to the existing print magazine, the new Lucky Group will include a website with a heavy e-commerce focus, set to launch early next year. The Lucky Group's president, former L'Oréal marketing executive Gillian Gorman Round, sat down with Adweek to talk about the marriage of magazines and online shopping, what she likes in an ad and Lucky's new direction.

Gillian Gorman Round: I think you have to start with what makes a really good campaign, which is some form of hook that you use to reach your target audience. Whether it's an outdoor campaign only or it's social and Web and print and TV, the starting point is the same. For me, what makes a good integrated campaign is a marketer understanding what each of the different mediums needs to do as a role within the campaign. Sometimes it's about deciding not to use a medium. I see some clients who want to do all things simultaneously, but my sensibility is that it's more about what's right for your brand, your message and your consumer.

It's often said that there's much less risk-taking in advertising, especially when it comes to fashion brands. Why do you think that is?

There are a lot of other factors and interests around board tables in some of these companies now, and so the ultimate owners might have less taste for risk. Also, many campaigns now have to be global campaigns, and what is acceptable in one culture versus another is very different. Brands are catering to the safest common denominator.

What are some of your favorite recent campaigns?

Thinking about the world of fashion, I love what Chanel's doing at the moment with their fashion and accessories campaigns. They are really mixing up their model choice–it's younger, it's funkier, but it's still so Chanel. The fact that they're juxtapositioning a model with pink hair and a nose ring and a bouclé jumper is very cool. I also love the Prada campaign with James McAvoy. He's not a traditional Hollywood heartthrob. He's an intelligent actor, and I think that the campaign reflects that, which is to his advantage and to the brand's advantage. Outside the world of fashion, the campaign that had me weeping was the Procter & Gamble "Thank You Moms" campaign. It made me think of P&G as not a conglomerate of different brands but as something with a soul. Emotion is a very useful tool in advertising.

This fall, Lucky officially spun off from Condé Nast. E-commerce will be a major focus of the new company, but when you look at magazines that have attempted to get into e-commerce, no one has really succeeded. Why do you think your strategy will be successful?

Many traditional media companies have attempted commerce. We did years back with My Lucky Shops, which was a big deal at the time. What I always say is this: You can really, truly only integrate commerce into your customer proposition if you are going to evolve your business model to completely integrate technology as a core functionality, and that is what we are doing. What makes us different is the fact that no [media company] has had this model where we control our own technology, we control our own data, and we're able to service the customer soup to nuts.

Lots of e-commerce companies, like Net-a-Porter and Shopbop, have been adding more editorial content. How will the content-commerce relationship be different at Lucky?