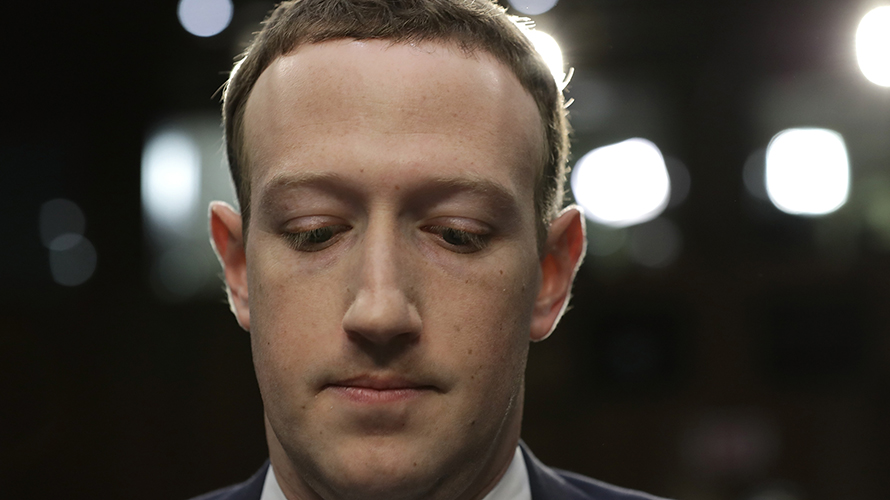 Mark Zuckerberg has taken heat for not moderating Donald Trump's posts and his policy against fact-checking political ads. Getty Images

During the early hours of May 29, protesters flooded the streets of Minneapolis, demanding justice following the police killing of George Floyd, a Black man, in their city.

President Donald Trump—who often posts on social media at odd hours of the night—tweeted at 12:53 a.m. that “when the looting starts, the shooting starts.” Minutes afterward, the same message was on his Facebook account and, later, on the platform’s sister site, Instagram.

Twitter restricted the post, saying it violated the website’s rules against glorifying violence, but Facebook left it alone. CEO Mark Zuckerberg has vehemently defended his actions in the days since, arguing that the president’s words were not clearly inciting violence, which would have violated Facebook rules.

Trump’s social media posts have often pushed the boundaries of acceptable speech online. But this one—a message that seemed to threaten violence against a group of protesters, many of whom were Black—was deemed brazen enough for Twitter to take action. Now some liberal advocacy groups are hoping this moment is enough for advertisers to reexamine their own spending with Facebook, a platform that has traditionally attracted billions of dollars for its ability to closely target and deliver results at low costs.

Facebook said it’s talking with advertisers and partners, a few of whom have expressed concern over Zuckerberg’s decision, but hasn’t seen much change. How the company handles political speech and, by extension, political advertising has been the subject of much criticism over the years, and tensions are running high ahead of the upcoming election.

Zuckerberg’s laissez-faire approach regarding the Trump tweet has already been highly scrutinized, including from within his own company. Employees posted public statements, participated in a virtual walkout and at least one resigned last week. Additionally, Public Knowledge and New America’s Open Technology Institute, two center-left think tanks, announced they will no longer take funding from Facebook. Former Vice President Joe Biden, the Democratic nominee for president, is even calling for Facebook to clean up misinformation on its platform and enforce its rules equally for all users.

But as pressure mounts from within the company and from Washington, could Madison Avenue be next? While media buyers and experts told Adweek it’s unlikely we’ll see a sizable ad boycott—let alone one that rattles Facebook—pressure campaigns could be effective at getting advertisers to think twice about spending on the platform.

The message to Facebook’s advertisers

The shadowy group Detox Facebook emerged just last week, but is already gaining traction online. The anonymously run group, a coalition of current and former advertising and tech workers, hopes to pressure advertisers to reallocate ad budgets away from Facebook and Instagram until the company “ends hate speech and lying in political advertising.”

More than a dozen co-founders created the group anonymously to protect their livelihoods, many of which depend on digital advertising, a sector where Facebook is dominant. Three of those co-founders agreed to speak with Adweek on condition of anonymity, under the pseudonyms Mike, James, and Matty, who said it’s time for change at the social media giant.

Trump is inciting violence. On a platform controlled one man: Mark Zuckerberg. Enough is enough. #BlackLivesMatter. Join us. Tell your favourite brands #WeDontBuyHate. Together we can turn off the advertising money & detox Facebook.@ProcterGamble@CocaCola@McDonalds@Nike pic.twitter.com/AUTeO8IeY2

“We felt that for brands that really care about taking a stand for an issue like Black Lives Matter, we found it a bit hypocritical to be standing with Black lives, using this cause to take a stance publicly, yet also pouring lots of money into advertising on Facebook, which is in a lot of ways complicit,” said Mike, a former Silicon Valley data scientist.