For many Americans, July 4 weekend will include hot dogs, ice cream and beer. Which brands in those categories won the social media race leading up to the holiday? 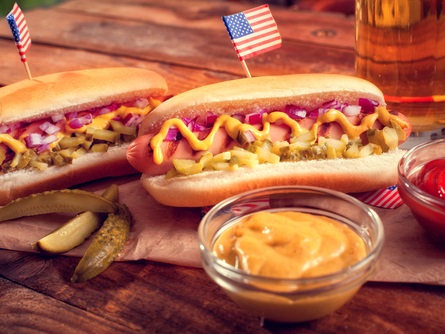 For many Americans, July 4 weekend will include hot dogs, ice cream and beer. Which brands in those categories won the social media race leading up to the holiday?

Falcon Social, a Facebook Marketing Partner, went shopping for the answers. Here’s what it found.

The company pointed out that Hebrew National led in July 4-related mentions across the Web, with a mix including sponsored posts, native ads and mentions by recipe bloggers. The brand was also involved in a cross-promotion with retail giant Target.

Dairy Queen scored well due to mentions of its brick-and-mortar stores in conjunction with Fourth of July parade routes. Falcon Social also pointed out that despite having nearly 590,000 likes, Breyer’s only posts about once per month.

Lone Star experienced a spike on July 1, while Miller had the most mentions over the past week.

Taking a look at these brand mentions across the Web, there is so much opportunity for food and beverage brands to better own their media. By implementing cross-channel campaigns and leaning into audience insights to create social content, these brands could very easily own the holiday and better influence grocery store shopping carts.

Readers: What are your plans for this holiday weekend?