Josh Tyrangiel, One of the Industry’s Most Influential Editors, Is Leaving Bloomberg

Ellen Pollock takes over as first woman to run Businessweek 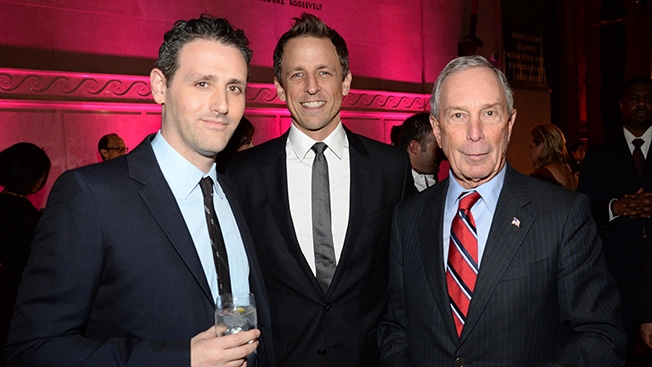 Josh Tyrangiel, who oversees all media content for Bloomberg—including digital, TV and radio—and is editor of Bloomberg Businessweek magazine, is leaving the company.

"I've spent six years working with some of the smartest and most creative people in journalism, and it's time for me to take some chips off the table, reflect on my criminal good luck and think about what comes next," Tyrangiel wrote in a note to staff this morning.

Friday is his last day.

Tyrangiel joined Bloomberg in 2009 to run its newest acquistion, Businessweek, later renamed Bloomberg Businessweek. In the years since, Businessweek has often been named one of the media industry's most influential and provocative publications, with unforgettable covers like its topless, geriatric take on "The Aging of Abercrombie."

With Tyrangiel's departure, Ellen Pollock has been elevated from deputy editor to editor of the magazine, the first woman in that role in Businessweek's 85 year history. Pollock has been with Businessweek since 2007 and previously spent 18 years with The Wall Street Journal.

Last year, Tyrangiel was given oversight of all consumer content. A few months later, Bloomberg got a new editor in chief in John Micklethwait. This morning Micklethwait wrote to the staff about the changes: "Right from the beginning, Josh told me that he was a restless soul and that at some time in the next year or so he would move on."

Reto Gregori, deputy editor in chief of Bloomberg News, will take over Tyrangiel's other duties, including oversight of the investigative unit.

Tyrangiel's departure comes just weeks after a sweeping series of layoffs. In a memo in early September, Micklethwait wrote that Bloomberg would ditch the idea of being a general news site and stick to what it does best.

"People don't turn to us first for news on schools or baseball," Micklethwait wrote. He then threw down a gauntlet to staffers: "If you are not intrigued by how people make money, or are inclined to sneer at those who are good at it, or yearn to practice 'gotcha journalism' on investment bankers simply because they've chosen to be bankers, Bloomberg is probably the wrong place for you."

In his memo this morning, Tyrangiel heaped praise on company founder Michael Bloomberg, whose presence in the newsroom since leaving the New York mayor's office has been palpable.

"I'm so happy to have been a part of Bloomberg these last six years, and eager to see what comes in the next six. I'll be watching, reading and rooting," Tyrangiel wrote.