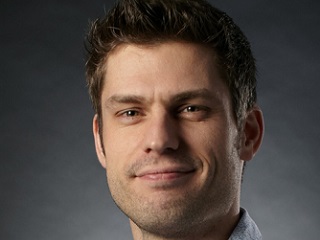 Janko Roettgers (pictured), a senior writer with the recently dissolved GigaOM, is going to be able to keep right on going in the Bay Area. The married father of two, who lives in Oakland, has been hired as Variety’s first-ever senior Silicon Valley correspondent.

“Janko has the expertise and experience to make a valuable contribution to our team,” said Variety co-editor-in-chief Andrew Wallenstein. “Variety has moved aggressively in recent years to cover Silicon Valley’s impact on Hollywood, which makes having a respected journalist like Janko on the ground in the technology capital of the world a natural next step for us.”

Roettgers will start May 18 and report to Wallenstein. He will also work closely with New York digital editor Todd Spangler. And per a recent piece in our sister publication The Hollywood Reporter comparing the cultures of Tinseltown and Tech town, Variety’s man-in-the-tech-trenches should continue to benefit from this:

One of the biggest contrasts is communication style: Hollywood never likes to say no, while “in tech, you are expected to give direct, even critical feedback and be brutally honest,” says Sibyl Goldman, Facebook’s head of entertainment partnerships. “That’s how products are improved and features evolve to become awesome.”