Fear not if you’ve made these mistakes in the past: The majority of us have made the same mistakes. Just learn from them and move on. 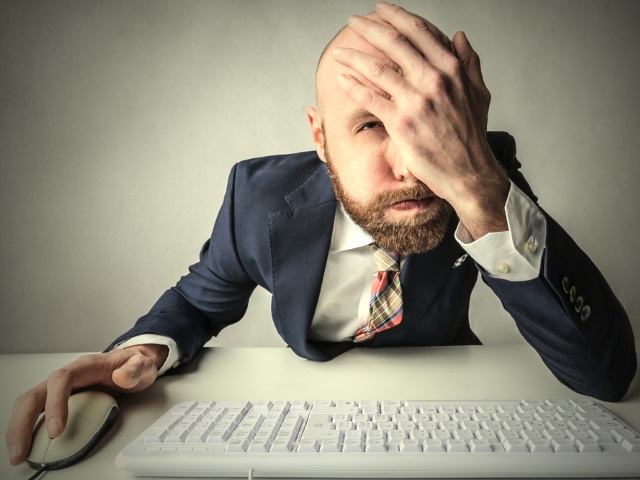 Social media advertising done badly is like throwing money down the rabbit hole.

Here are some prime examples of what not to do with your advertising. Fear not if you’ve made these mistakes in the past: The majority of us have made the same mistakes. Just learn from them and move on.

Targeting too narrow of an audience

First off, this does not mean that you shouldn’t retarget your website audience or your customer-relationship-management list. You need to do that no matter what your remarketing audience size is because they are your bread and butter. They know your brand and are much, much more likely to make a purchase than people who see an ad based on something too general like “bags.”

What I mean by too narrow is prospecting for more customers and honing in on a tiny audience on Facebook and now Pinterest by layering interest targeting into a lookalike audience that is only targeting females age 25 through 35 in Atlanta. This audience will be entirely too small to really find out if your ads are meant for that audience. Fix this by spreading out your advertising dollars and by A/B testing ad sets against one another.

Targeting too wide of an audience

On the flip side of No. 1, you can target too widely. Think of it this way: You are throwing out a massive net in the ocean with huge holes in it trying to catch an angelfish. You may get one every blue moon, but it’s rare. Now, if you were to narrow your 5 million person audience down to 1 million to 2 million by layering in declared or deduced interests (like hobbies or purchases) on top of your lookalike audience, that would work.

Wrong image size for your platform

Take the time to do some research on what each platform’s strength is in regards to images. Pinterest allows for massive images where you can tell an entire story to your audience with text overlay, while Twitter only allows very small 800- by 320-pixel images. I’ve seen brands just throw image into their ads that cut off people’s heads. Take the time to make your images look good. Here is an image size guide from HubSpot if you need one.

Facebook and Instagram have the 20 percent text overlay rule, which limits the amount of text you can overlay on your image. Anything more than 20 percent text will flag your advertisement, and Facebook will turn it off until you fix it true, but the other social platforms don’t. Text overlay is a great way to catch people’s eyes. I like to think of text overlay as the “hook” to your net. It catches the eyes and gives the consumer an idea of what they are in for if they keep reading. Here is a great example of text overlay that will stop people mid-scroll on Facebook to see what it’s about:

Thinking your audience is everyone from age 18 through 90

This hits back on No. 2. No, your audience is not “females that have nails ages 18 through 90.” Get real about who your audience is and serve your ads only to them. You will have a much better return on investment than if you spray and pray.

Leaving your campaign on too long

Click-baiting is so 2015. When you click-bait someone to click through to your website, they probably aren’t a valued consumer that you want to remarket to. Not only are you wasting money on serving an initial ad to them, you are wasting money on all of the remarketing you will do in the future. Just don’t do it.

This goes along with click-baiting. Give people enough information so that they don’t have to guess at what your company/offer is all about. Not only will this weed out the irrelevant users that won’t purchase from you, it will save you money in the long run when optimizing for impressions when remarketing.

Providing too much information

Too much text is a huge no-no. Don’t write a paragraph and expect people to read it. More than likely, people will keep scrolling because they don’t have time to read it. Instead, shorten your sentence on Facebook and Instagram to 180 characters and put some text overlay on the image. This will guarantee that people will at least stop for a brief second to see what the image is about.

No call to action

Tell people what to do by using call-to-action buttons on Twitter, Facebook and Instagram. The bystander effect is real even in online situations. If people aren’t told to “sign up” or “shop now,” they will just assume that they are just supposed to read what you have on the ad. Every single one of your ads needs to have a call to action, whether it is in the copy or a button.

Not optimizing for the right objective

This is inside of the ad set level and is pretty in-depth but worth knowing to get the best bang for your buck. Here is a breakdown on what you need to optimize and bid for based on your objective.

Sending people to your home page in every ad

If you want people to “shop now” while showing them a specific product, make sure you are driving them to that product page. Nothing is worse than being sent to your home page and having to search around for the product. Not only is this best practice, but it allows you to create custom audiences based on what people are clicking through to and then remarketing them further down the funnel.

With this insight on social media advertising mistakes that even the big brands make, you can fix your campaigns and optimize them to perform better to get an even greater ROI than you are seeing now.