How a traditional magazine brand found social media success: "Never get too comfortable with what you're doing." 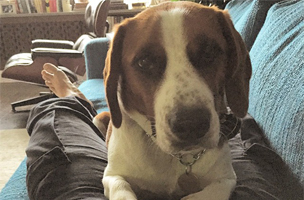 By all measures, InStyle’s 2014 social media awards were a success. This year, 1.5 million votes were cast — four times that of 2013. The awards were shared across social media 12,000 times; the digital team promoted the event across all of their social platforms and saw the highest click-through rate from Twitter. Instagram also saw very high levels of engagement said Angela Matusik, executive editor of digital at InStyle.

SocialTimes got an exclusive look at the winners this year — the results are set to be published in InStyle’s December issue. Unsurprisingly, Ellen DeGeneres won for “Selfie Superstar” with her famous Oscars selfie, beating out Rihanna, James Franco, Kim Kardashian and Miley Cyrus.

InStyle readers deemed Kerry Washington “Top Social TV Star,” who keeps fans updated with her prolific tweeting and behind-the-scenes ‘grams. And after mounting a successful social media campaign, Sarah Jessica Parker won “Rookie of the Year,” having amassed 684,500 followers on Twitter and 918,000 followers on Instagram within a mere year of joining.

SocialTimes spoke with Matusik over email, and here’s what she had to say about the publication’s social successes:

What do you think differentiates InStyle’s social efforts from other glossies?
One thing that we focus our social strategy on is creating social events that gives our audience access to entertainment and fashion stars. For example, our guest editor series has had stars like Kerry Washington and Lauren Conrad doing live Twitter chats with our audience. We’ve had Kate Hudson, Olivia Minn and Jennifer Meyer takeover our Instagram feed for a day.

Why do you think the SMAs this year were such a big hit? Anything you did differently this year compared to last year?
This year was a turnkey year for the way celebrities are using social media. We decided to focus the 2014 SMA awards entirely on stars who have been delighting and inspiring us with their feeds.

The most engagement came from the “Teen Queen” category — the fans of these young stars are so connected to them! We also had a lot of the nominees campaigning for votes. Sarah Jessica Parker, Zac Posen, Kerry Washington all repeatedly asked their fans to vote for them. And they did!

What challenges do you guys face on social media as a traditional media brand? How do you overcome them?
The biggest challenge is to not ever get too comfortable with what you’re doing. You can’t do plug and play. It’s really important to not only monitor the metrics to see how your engagement is doing, but also keep an eye on competitors, new innovators and changes the platforms are constantly making to the technology.

Your readership is a very engaged bunch. Why do you think social media was a natural fit for the InStyle brand?
InStyle has always has an extremely close relationship with its readers. Social media just amplifies that, giving them more venues to provide feedback, share their inspirations and seek advice.

Want to know who else won? Check out the full list: