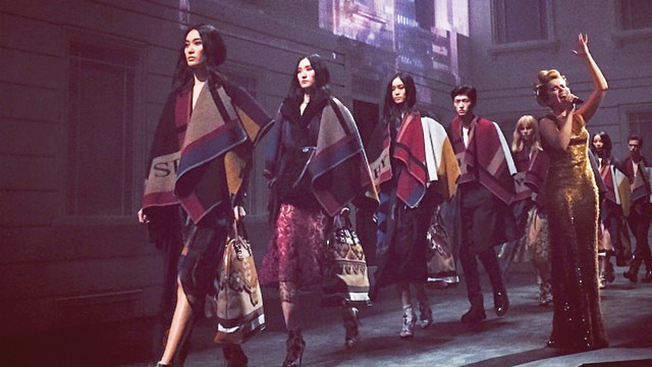 Instagram is a bit of a control freak when it comes to advertising. Every sponsored image is preapproved and every brand thoroughly vetted. Now, video ads are quietly being tested, as the company takes a slow approach to building what could be Facebook’s next billion-dollar business.

The photo-sharing service has dabbled in sponsored videos with early advertising partners such as Levi’s, Ben and Jerry’s, Burberry, and Starwood, said Jim Squires, Instagram’s director of marketing. “Video will be a natural addition from an ad perspective,” he said.

Facebook and its rivals like Twitter and YouTube are competing heavily for video ad dollars. Indeed, Facebook proper is rolling out autoplay video slots—similar to how Instagram’s user-generated videos work by starting when people scroll over them—to sell in its News Feed.

However, Facebook is taking its time ramping up Instagram advertising, especially video, which Squires said is “still a ways out.

“Using photography and video together to reinforce a message over the course of a campaign, a lot of these things are part of the testing we’re working through,” he said.

So far, there have only been about 15 approved advertisers for sponsored images, explained Squires, adding that each brand goes through a “deliberate and methodical” process. The approach puts Instagram brands in a bit of an exclusive club, to which the ad world outside of the Instagram inner sanctum is waiting for access.

“Instagram is almost a magazine, and it wants its ads like in a magazine to be just as compelling as content,” said James Borow, CEO of digital marketing platform Shift.

The “bespoke” nature of the platform, as Squires calls it, means that wider adoption will be slow coming, even if marketers want in. One creative agency executive said that Instagram has had to turn potential customers away because of its selectivity.

Squires doesn’t deny being discerning and said that he has to tell brands to first embrace Instagram as a place to share their content in order to learn the aesthetic. He advises ad partners, like Taco Bell and Hollister, to produce images that capture a lifestyle, not just a product. “We work together from the beginning of a campaign—from the concept phase to production to final edit before a campaign goes live,” he said.

Instagram says it is still far off from offering self-serve tools—like ones most social media platforms give advertisers—to plan campaigns.

The growth strategy for now includes deals like the one it signed with Omnicom Media Group, which committed the agency’s brands to at least $40 million in ad spending.

Still, one ad industry insider said that the personal service can’t last forever and expects Instagram ultimately to open up the floodgates with video and self-serve. Squires said Instagram has a small but growing dedicated sales force and will continue to increase availability. “We are focused on that high-end brand side,” he said.