Could boost engagement while curbing abuse 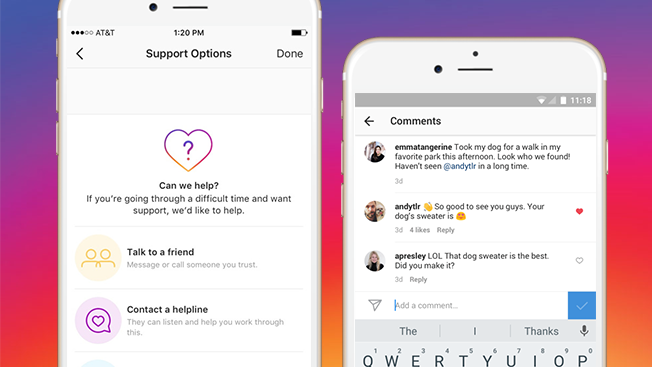 Everybody who's ever said something witty underneath a photo or video on Instagram will now have a way to get Insta-awarded. Today, Instagram announced users can now like user comments in an effort to make the medium more positive. The update, which rolls out over the next few weeks, will let users tap a heart icon to like a comment. Instagram says the change will let users "show support and encourages positivity throughout the community," Instagram co-founder Kevin Systrom wrote in a blog post announcing the updates.

And along with adding 'likes' for comments, users will now also have a way to turn off comments altogether to prevent unwanted comments on their photos and videos. (The update follows another feature announced in September that lets users filter out comments based on keywords.)

"Comments are where the majority of conversation happens on Instagram," Systrom wrote. "While comments are largely positive, they're not always kind or welcome."

Along with turning off comments, Instagram also will now let users remove followers from private accounts instead of just blocking them. Users can remove unwanted followers by going to their list and tapping the "…" menu next to the person's name. (Users won't be notified that they've been removed.)

Instagram is also creating a way for users to anonymously report any posts that imply a person might be wanting to cause self-harm. Systrom said the company will have teams working around the clock to monitor reports of self-injury.

"We want to continue to be a place where people can share deeply personal moments," he wrote. "From time to time, you may see friends struggling and in need of support. If you believe that someone you care about may be thinking about injuring themselves, you can report it anonymously, and we will connect your friend to organizations that offer help."