Instead of just giving them something to share, InstaBrand lets social influencers pick the brands and create their own content. 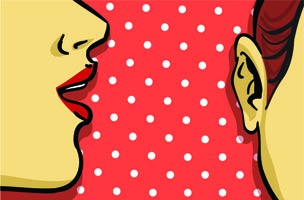 Celebrity endorsements are out. Influencer marketing is in. The problem most brands have is identifying the right influencers. And with Instagram on the rise as one of the best networks for marketing luxury goods, brands are looking to leverage the influence of “self-made Instagram stars.”

According to Eric Dahan, CEO of InstaBrand, a startup founded to connect brands with influencers on Instagram and Vine, the influencers are the early adopters who built the Instagram community from the ground up.

“They were the first to get to 5,000 followers and their content was good,” he says. “And they stayed on top as the platform grew.”

Dahan says he discovered this influence power when he asked a friend with 50,000 followers on Instagram to check out his app. The friend posted about the app and within 24 hours, there had been more than 1,000 downloads.

“I compared other forms of social marketing like Facebook or Twitter ads, Google display ads, and this was really almost the cheapest and the most organic,” says Dahan. He added that brands pay a premium for celebrity endorsements, but the nature of influence on social media is different. “Celebrities are often perceived as corporate entities, which isn’t too far from the truth. So it makes sense that people tend to not trust their endorsement of products.”

InstaBrand serves as a middleman: It has built a network of influencers, and when a brand has a product to market, InstaBrand searches its database for the right fit. And since the goal is for the endorsement to be as authentic and organic as possible, the influencer gets to decide whether to endorse the product and creates his own content.

“It sticks a lot better,” says Dahan. “If you  take the energy to create your own content for the sponsored post, it performs a lot better.”

Indeed, InstaBrand boasts a conversation rate twice that of the typical retail site. This engagement is a testament to the trust InstaBrand influencers have built within the Instagram and Vine communities. After all, Internet celebrities tend to be connected with their fans in a way that Hollywood celebrities aren’t. The end result is a trusted endorsement to a deeply-connected user base.

According to InstaBrand influencer Jessica Lesaca, when one user follows another, they get a peak into each others real lives. “Knowing that, using Instagram as a means of marketing is much more effective than a commercial or billboard because Instagram is more in touch,” she says.