This Innovation Lab Is Designing the Mall of the Future 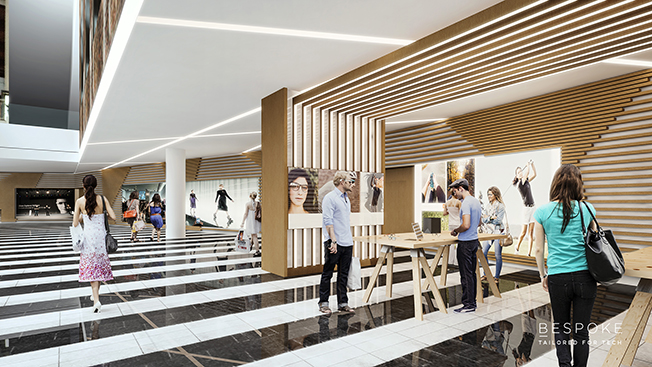 For the past two years, Westfield Group—which owns and operates 40 shopping centers around the world—has run a testing lab inside the Westfield San Francisco Centre for high-tech experiments looking at how digital and brick-and-mortar shopping work together.

The incubation space is part of Westfield Labs, the digital arm of Westfield Group. And now, after years of testing different pilot programs, Westfield Labs is offering brands a chance to lease small spaces inside the mall to test different types of technology.

Earlier this month, the lab announced a project called Bespoke, which will turn half of the fourth floor of the mall—40,000 square feet—into a space for co-working, events and tech demonstrations next year. All three setups are being used to grab the attention of San Francisco's tech retail industry. 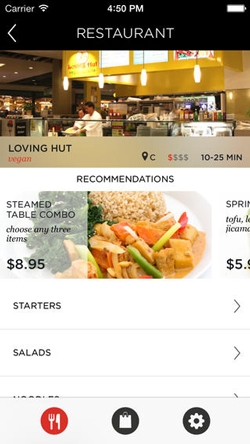 "There's a lot of traditional commerce companies that started online and are interested in figuring out the bricks and mortar and physical world, but they want safe environments to test it out," says Lindsey Thomas, vp of marketing and communications at Westfield Labs.

The goal of Westfield Labs is to rethink how traditional retailers operate in Westfield Group's shopping centers across the globe. While in-store shopping still accounts for the bulk of revenue for retailers, ecommerce continues to chip into sales.

The mall is also piloting a mobile and Web food-ordering service (similar to Seamless or GrubHub) that lets nearby office workers and residents order delivery from the food court.

But perhaps the best example of a hands-on project with the mall happened last holiday season through a partnership with eBay. Three shoppable glass screens were set up so shoppers could swipe through more than 100 products from Sony, Rebecca Minkoff and Toms Shoes and then buy them from a mobile device. The 10-foot tall screens were positioned across from Westfield Labs' office, letting staffers see from their desks how people reacted to the project.

Not all of the team's tests are limited to San Francisco's tech-heavy shopping center, though.

Next year, Westfield is opening a shopping center at New York's World Trade Center with 150 stores, which are expected to include digital bells and whistles. 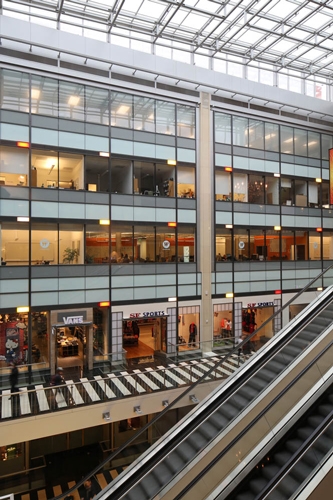 Also on the East Coast, Westfield Labs rolled out seven-foot digital screens in New Jersey's Garden State Plaza when it opened in March. The screens display images of products from nearby stores and show shoppers how to find them. But unlike the digital storefront piloted last year with eBay, Westfield Labs consciously decided not to make the screens shoppable. "We learned through the eBay activation that not a ton of people ended up making purchases. Once you're in the center, you want to go buy something and get the gratification [instantly]," says Thomas.

Since launching, the Westfield Labs team has grown to nearly 70 people, most of whom work in San Francisco. There are also tech teams in Australia and England.

"Malls have existed for years and are built on creating foot traffic," says Kevin McKenzie, global chief digital officer. "This group experiments to do advertising more effectively than direct marketing."