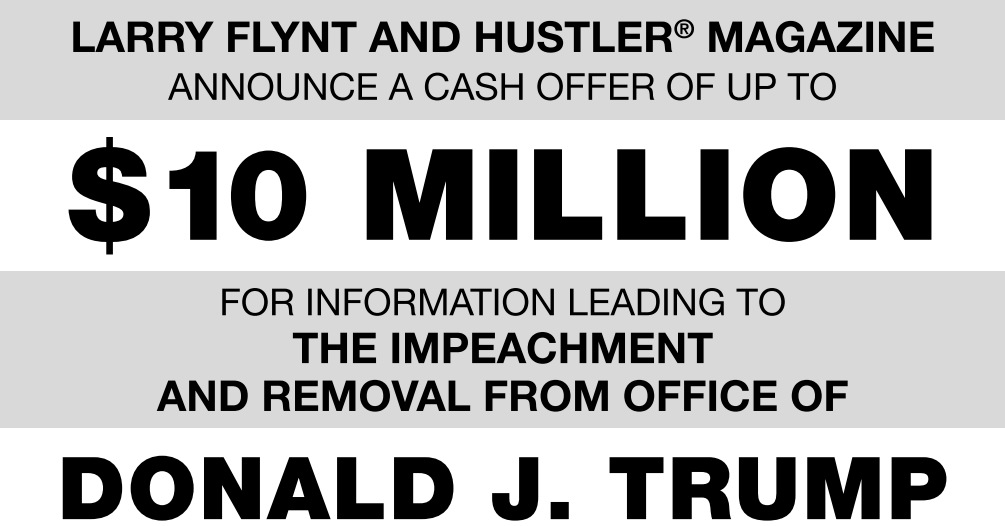 Hustler publisher Larry Flynt will pay top dollar for information that could lead to the impeachment of President Trump, and he took out a full-page ad to say so in the Sunday edition of the Washington Post.

The ad is a block of text from Flynt and Hustler magazine, offering a $10 million reward for the intel. At the bottom of the page is an email to a tipline as well as a 1-800 hotline number.

“We’ve gotten quite a lot of calls,” said freelance staffer running the hotline, who noted that it will be staffed Monday through Friday 8:30 a.m. to 6 p.m. PT time. (The staffer declined to give his name, instead referring Adweek to a PR director for Larry Flynt Publications.) “Of course, the ad just came out yesterday. I’ve already received over 150 emails, and I haven’t even gotten to the voicemail yet.”

In the ad, Flynt explained why he believes President Trump should be impeached and calls out what he believes is the racist foundation of the electoral college and the Trump team’s “cryptical collusion with Russian agents to influence the election. Flynt also noted “it’s not his first time at the rodeo,” citing and his history with cash rewards for damaging information about politicians. Flynt takes credit in the ad for offering a reward that led to the resignation of former Speaker of the House-elect Bob Livingston (who spearheaded the Clinton impeachment effort).

So I decided to do this...let's see what happens. pic.twitter.com/Xpy4qrwHU7

“The attempt to impeach Donald Trump will strike many as a sour-grapes plot by the Democrats to overturn a legitimate election,” wrote Flynt, who is the founder, president and publisher of Larry Flynt Publications. “But there is a strong case to be made that the last election was illegitimate.”

It’s unclear how much the ad cost, as Minda Gowen, a spokeswoman for Larry Flynt Publications and, Kris Coratti, The Post’s spokeswoman, did not immediately respond to requests for comment.

Coratti did explain to The Post that the paper gives “advertisers wide latitude to have their say,” and that, “generally, if the ads are not illegal or advocating illegal actions, we try not to place limits on speech or content.”

“Impeachment would be a messy, contentious affair, but the alternative—three more years of destabilizing dysfunction—is worse,” wrote Flynt.

See the full ad below: 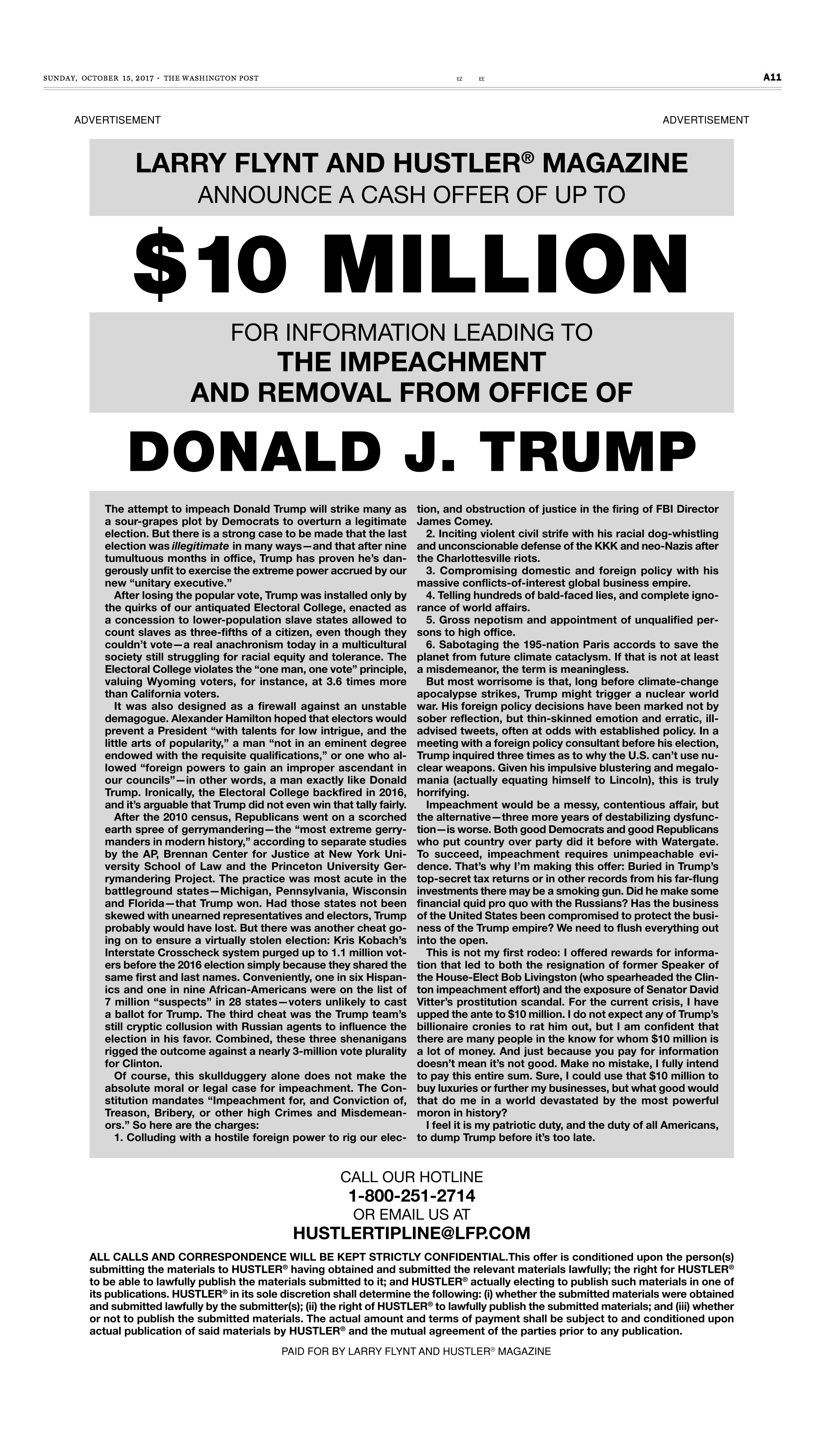