Soccer quarterly is in perfect sync with the FIFA times.

The summer issue of Howler magazine, a quarterly, hit newsstands May 29. 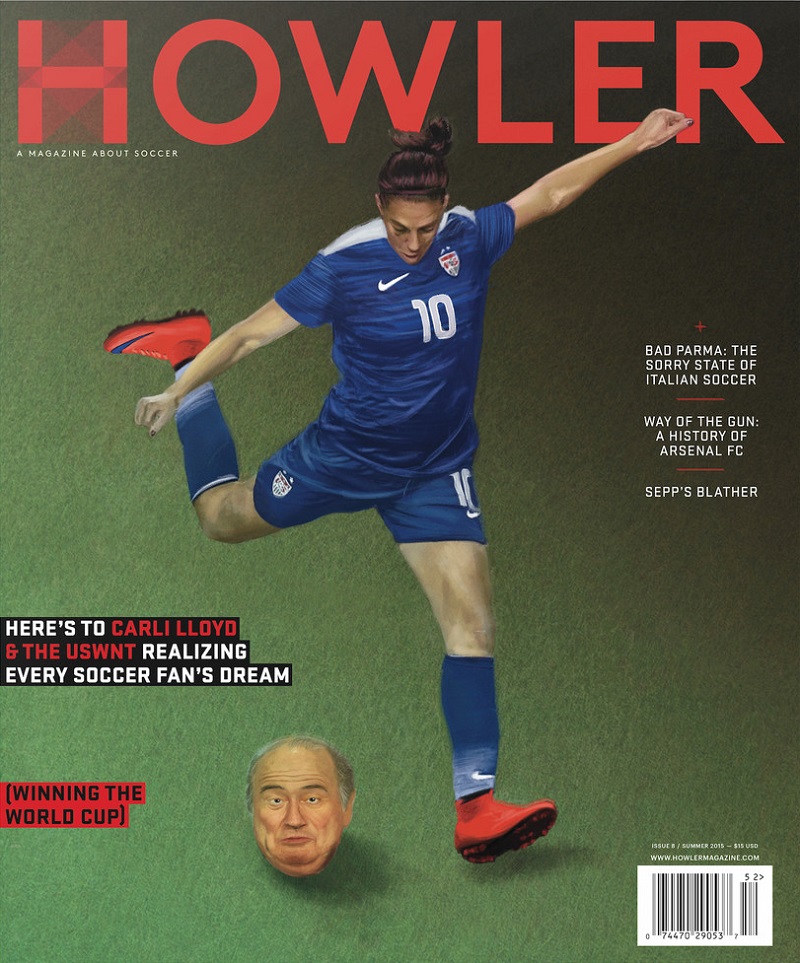 And while a lot of magazines could have come up within this particular production time frame with the idea of Sepp Blatter being the target of some cover fun, it takes a special sense of FIFA/FIFA foresight to tee up that fun at the foot of Carli Lloyd. Looking at the cover now, there’s an extra sense of delight knowing just how hard and far #10 can pinpoint that allegedly corrupt noggin’.