How to Win the Moments That Matter With Mobile Video 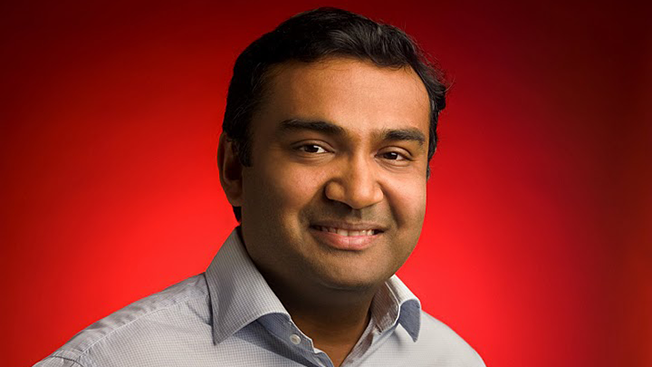 When I began my career in digital media, the term "captive audience" was routinely used to refer to TV viewers. In one evening, brands could reach nearly 100 percent of their audience when they were engaged with the power of sight, sound and motion.

Today, it's a different story. As a generation of millennials has grown up with the Internet, consumption habits and behaviors have dramatically shifted. Millennials spend less than 28 percent of their TV time genuinely engaged, and their traditional television usage continues to fall.

The TV has gone from a household's first screen to its second or third, while the thing we once used for phone calls is practically a supercomputer in our pockets and is rapidly becoming our first screen. With so much power in our pockets, we expect to get what we want when we want it. Instead of a few moments of truth, there are now countless moments throughout the day when people are looking for answers, discovering new things, or making decisions. We call these "micromoments," and they are the new battleground for people's hearts, minds and dollars.

Mobile video views have grown by 400 percent globally in the last two years, according to a study from Ooyala. Fully 50 percent of global viewership on YouTube comes from phones and tablets.

Mobile video viewers are today's captive audience. When millennials watch video on their phones, they're nearly twice as engaged. And according to new research we're releasing later this month with Ipsos MediaCT, mobile viewers who see ads or branded content on their smartphones are almost twice as likely as desktop viewersto share it and four times as likely as television viewers.

However, focused mobile consumers are more selective with their views. They demand greater relevance in exchange for more of their attention. So how can brands engage the new captive audience on mobile?

1. Context: Match Their Media and Their Mindset

The first step to winning these moments is reaching viewers—when they're open to your message—by matching your ad to both their media and their mindset. It may sound obvious, but brands should start by serving video in the places where people go to watch video.

The other half of the context equation is the media itself. Our research with Ipsos found that mobile video viewers are almost twice as likely as television viewers to consider it important that advertising fits with the content they're watching.

With offerings like our own Google Preferred, which features channels from among the top 5 percent most popular channels on YouTube, finding highly valuable content for your brand on mobile video is no longer a mystery. And sure enough, we're seeing that the higher our algorithm ranks content, the better our advertisers do when it comes to campaign effectiveness metrics like ad recall and brand awareness.

2. Choice: The Skip Button as an Indicator of Relevance

In an era of multi-screen multitasking, it's time for advertisers to acknowledge that—skip button or not—consumers have a choice. The smaller the screen, the greater the need to meet consumers' expectations for relevance. Choice is the ultimate indicator of relevance in a consumer's video viewing moments.

So, how can advertisers win in a world of choice? Instead of focusing on what happens if someone skips your ad, focus on what happens if they don't. We're quickly entering a world where people don't see content as branded or unbranded. They see content as what they want to watch and what they don't. Where it comes from—branded or otherwise—hardly matters.

The brands that are embracing choice are seeing the returns on their investment. In 2014, four of the top 10 videos on YouTube were ads. Consumer choice earned a four-minute Nike video the rank of second most-watched video—not just second most-watched ad—on YouTube. In our study of more than 800 campaigns, we've seen that choice-based TrueView ads drive an average lift of 13 percent in brand interest. If you focus on the user, all else will follow, including advertising that people choose to watch.

3. Metrics: Mobile Only Matters as Much as It's Measured

As with any marketing effort, advertising with mobile video ultimately comes down to impact. Did you reach your audience? Did they pay attention? What implications did it have on their perceptions and actions?

Measurement has been the Achilles' heel of mobile video. Understanding a user's video consumption on the go has been nearly impossible. But today, measurement solutions like Google's Brand Lift differentiate between desktop and mobile. Brands can understand not only who's watching on mobile, but what it means for awareness, consideration and intent, so that being on the go doesn't mean being in the dark.

Our shift to constant connectivity has opened up amazing opportunities for marketers to reach consumers in the very moments they are leaning in. At the same time, it has elevated consumer expectation, making our task at once easier and more difficult. By engaging viewers in the right context and embracing their ability to choose, brands can win more of the moments that matter.

Neal Mohan (@nealmohan) is vp of video and display ads products at Google. This opinion piece is the third installment in a weekly series leading up the the start of the Digital Content NewFronts on Monday, April 27.