How to Be Prepared the Next Time Google Changes Its Algorithm

There will inevitably be more ‘updates’ 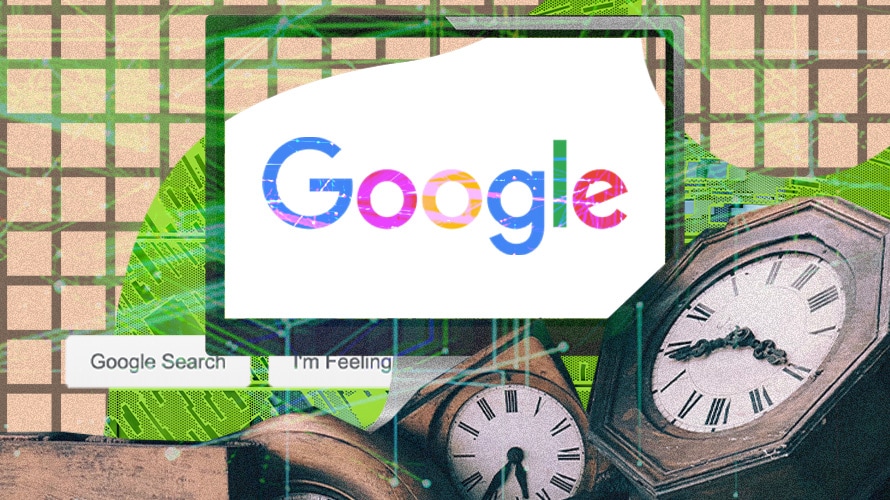 When Google changes its algorithm, it can be quite a shock for brands who see a massive drop in traffic.
Illustration: Trent Joaquin; Sources: Google, Unsplash
Share
By Stephan Spencer
|
September 24, 2019
Share

A core Google update can hit like a force of nature. It can rip through the internet like a wildfire or an earthquake, leaving a trail of damage in its wake. While Google does issue warnings, it’s hard to predict exactly how a specific update will play out once it’s released. Sometimes businesses don’t know what hit them even as the ground beneath their feet is shaking.

Unfortunately, once you’ve been hit with an algorithmic penalty—which is more technically correct than an algorithmic update—it’s not easy to recover your previous rankings and traffic. You can’t just make a few tweaks to your site and expect things to go back to normal. It could take months or even years to claw your way up the rankings again.

If you live near a fault line, you’d probably take out earthquake insurance. Similarly, there are plenty of things you can do to protect yourself from having your traffic and rankings wiped out by an algorithm update.

Algorithm updates aren’t just random occurrences. Google is dedicated to providing the best experience possible to its users, and in Google’s quest to do so, your website may become collateral damage. Whether the update is designed to target spammy and nefarious websites or just improve overall relevance or quality, the effect feels the same than if your organic traffic was adversely affected. You can avoid a lot of issues by following Google’s Webmaster Guidelines and keeping up with best practice SEO, but increasingly, businesses are finding that it’s not enough.

Legitimate businesses will get caught up in the net more and more. Ignorance of white hat SEO in all of its complexity and nuances is no defense. Who would you argue with, anyway? It’s an algorithm, a “black box,” not a court of law.

If you’ve never been hit with an algorithm update, it’s a mistake to think that it won’t ever happen. When Google pushes an update live, loopholes, technical glitches and other blind spots that Google has let slide for years can suddenly become major violations, costing you rankings, traffic and revenue.

A classic example of this is the “Medic” update that hit in August 2018. The update got its name because the sites most affected were in the health and wellness niche. Thousands of sites that offered financial and medical advice were impacted. Previously, it was fine to offer advice on major life decisions that impacted health, finance and other important issues, even if you didn’t have the credentials. Post-Medic update, it behooves any website owner in these niches to seek out the contributions of known experts in the field or to build up a solid, industry-specific resume of one’s own.

While core updates happen several times a year, Google is constantly releasing minor updates. Google has revealed that they release as many as several updates per day, meaning there could be hundreds or even thousands of updates per year that SEO practitioners don’t even notice.

To be sure, most of these smaller updates are unlikely to affect your site. Yet it is interesting to note that the sheer frequency of updates means Google itself is in a constant state of flux, with ranking factors constantly being tweaked. The major implication here is that you should never take your rankings for granted.

So, what can you do if you want to avoid being hit by a penalty/update?

Stay up to date on best practices

For starters, be proactive about ensuring that your site operates in line with Google’s guidelines and uses the latest “best practices.” This should go without saying, but you’ll need to avoid doing anything even slightly shady. I’m talking about automatically generating content, scraping content from other sites, using “doorway pages” or sneaky redirects. Never buy links and never stuff content with keywords. All of this should be common sense, but there are still people out there that think they can outsmart Google. But good luck with that! If you’re tempted to try something that seems a bit “aggressive,” simply don’t do it.

Make sure the technicalities are squared away

Second, make sure your house is in order from a technical SEO standpoint. Your site should load fast and be easily crawlable and indexable by Google. You should employ XML sitemaps and a robots.txt file on your site, and they need to be properly formatted and contain all the correct information. Audit your site for SEO errors and duplicate content on a regular basis.

Focus on building your authority

At a minimum, this means creating great content, but it should go beyond that and include publishing in respected industry journals, presenting at conferences, generating buzz in the media and having noted experts contribute to your site or appear on your podcast. The more respected your brand, the less likely Google will confuse you for a spam site.

Use the right tools

In addition, there are several tools that monitor Google’s activity. If you notice suspicious traffic fluctuations on your site, you can check it against one of these tools to see if it correlates to an update. You should also follow Google’s Search Liaison account on Twitter, which regularly posts information about algorithm updates.

To those with little to no knowledge of SEO, this may seem like a lot of additional work. In reality, it shakes out to a small amount of monthly maintenance to keep things running smoothly. Imagine if your website was a hard copy magazine or newspaper. You wouldn’t think twice about investing in maintenance for your printer to avoid delays or poor-quality printing. Similarly, your website is a tool to get your offer in front of as many people as possible. And when it comes to Google algorithmic updates, prevention is the best medicine.