How Are Apps and Social Platforms Changing Language?

In the course of this evolution, we have both been catalysts and witnesses of the gradual decline of the written word, opting for a far more universal language: imagery. 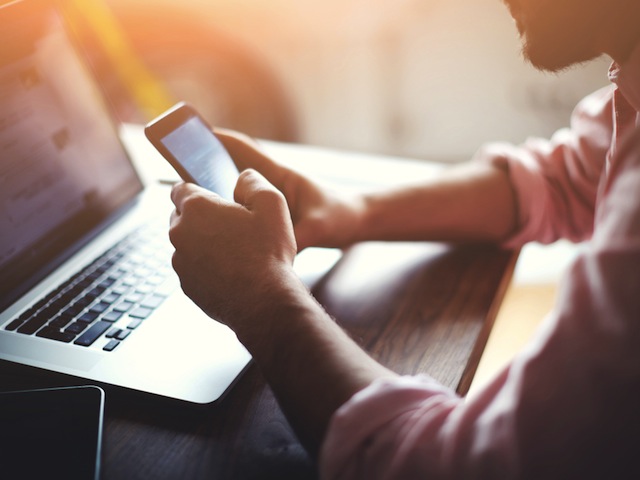 While our Facebook pages and tweets once relied on text alone, steady streams of images now dominate our digital profiles. The most prevalent social platforms we communicate on today are a far cry from the now seemingly primitive Facebook “walls” of our digital past, showing that today, visuals are the most popular form of communication and define how we express and relate to each other.

In the course of this evolution, we have both been catalysts and witnesses of the gradual decline of the written word, opting for a far more universal language: imagery. At its core, imagery has brought people around the world closer together and enabled us to refine human expression by elevating it beyond the barriers of literacy, language and imagination.

If we look to the origins of our communication, it was primarily image-based, with primitive cave paintings and hieroglyphics defining how we understood each other. From conveying directions to recording the victors of the latest battle, images permitted humans to share a basic language and understanding with anyone they met, because they are descriptive and easily accessible.

Over the millennia, we’ve come a long way in empowering ourselves through expression, which has improved our communication of thoughts, ideas and emotions via the written word. Text and the creation of a written language opened up the doors of expression, but it also caused people to lose the universality that visual language permits: a language beyond borders, education and sound. While language is an evolving art form, and our vocabularies have expanded tremendously over the years, verbal and written communication is still restricted to items and emotions that we possess the words for.

Fast forward to 2015, and technology has given us platforms that have allowed us to quickly and easily communicate with one another. This advance has offered up an opportunity to return to the roots of our communication, and bring back words like, “scroll,” and “tablet,” facilitating a return to the shared language we once had: pictures. Now, on these shared global platforms, we are faced with a deluge of photos, instant play videos, stickers, emojis and gifs from our friends, family, publications and the brands we follow. While Facebook photos once complemented our written posts, today they have largely supplanted them, with snapshots frequently substituting for words altogether.

Perhaps the strongest of today’s growing visual communication is the abundance of GIFs, stickers and emojis in our texts, tweets and posts. When Facebook implemented stickers in its Messenger application in 2013, the company changed the game for digital interaction. Instead of sending a small emoji, users can send the grinning sticker with the gleaming teeth that shows just how eager, sad, excited or enthusiastic the sender is. And, with stickers equipped to convey more than basic emotions, users can send images of people, buildings, landscapes, vegetables, fruit, animals engaging in various activities and so much more, cutting straight to the heart of human understanding.

With 200 million monthly users, Japan-based messaging app Line has been a key driver in the resurgence of visual-based communication and the unearthing of a true global language. Like WhatsApp, the service allows users to send highly detailed images via its signature animal icons: Cony the rabbit and Brown the bear, which encapsulate expression so well.

Instead of typing it out, users can virtually mime their actions and explain their current activities via a simple but elegant sticker. We’ve begun sending these images in lieu of expressing our emotions, because they’re universally understandable and transcend language barriers.

There are countless other platforms, such as Instagram, Snapchat, Pinterest, Periscope and Meerkat that have helped drive and proliferate this dramatic shift towards visuals, but they are only the beginning. Communication is fundamental to business, commerce and our personal relationships, and because of this, we continue to crave and seek out a global language — though I think we’ve found it.

The beauty of this evolution of our chosen communication platforms is that while it brings us closer as a global community, it also removes limitations to expression. We’re not simply returning to the earliest, most primitive form of communication; through technology we’ve bettered it, enabling increased nuance, detail and clarity of expression so we can create an improved version of our global language, transcending the barriers of literacy.

Ambarish Mitra (@rishmitra) is the CEO and founder of Blippar.