How 5 Major Publishers Plan to Use Snapchat’s New Channels 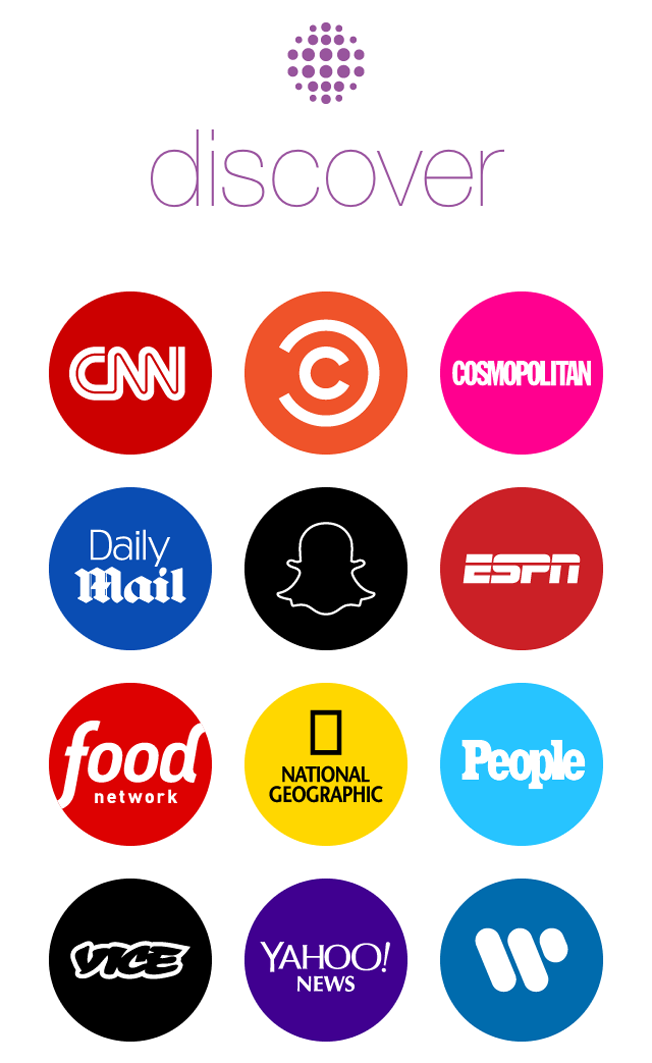 With Snapchat Discover launching earlier this week, publishers now have a new way to tease their content on social media and find backing from brands. The new offering allows marketers to directly sponsor stories on the platform, getting their names in front of a younger audience.

We spoke to five publishers to get more details about what Snapchat users can expect from their channels:

Daily Mail North American CEO Jon Steinberg said that the publisher plans on using Snapchat to post two updates a day soon, one at 3 p.m. ET and another at a to-be-determined time. A dedicated team of four people will select content from its 800 daily stories. Expect pictures from its snaps: It uses 8,000 pictures daily. But, it's open to trying new things. So far, T Mobile, Oxygen Street Art Throwdown, Stride and Macy's have signed on as launch advertisers.

"We view it as a completely different channel," Steinberg explained. "The whole site is one never-ending experiment from how to change the headlines and to how to change the photographs. We'll get the statistics from Snapchat and see the forms and styles that people like."

Vice plans to pull stories from all 10 of its verticals and update once a day, highlighting written text as much as its video content. Snapchat Discover Vice content will be a "best of" selection from its publications, not new stories just for the platform.

Vice has been pushing mobile content, so observers say the move to join Snapchat Discover was a natural one. It hopes to expand to a larger global audience, with a focus on younger users who might not be familiar with the Brooklyn-based publisher.

Cosmo wants to create snackable items that consumers can consume in a short period of time on its channel. The updates, which will post at 8 a.m. daily, will tease its videos and feature articles. If things go well, Cosmo may bump up to posting twice a day. Sperry and Victoria's Secret are sponsoring its channel at launch.

Sources said that Cosmo wanted to join Snapchat because it provided an alternative to other social media channels and it was a natural fit with readers already using the platform.

CNN is focusing on promoting its videos and image-based content through its Snaps, which will go out every day at 5 p.m. ET. The news site will highlight five stories, with a sixth snap presenting a "did you know" fact. It's customizing its content for Snapchat, meaning the teaser could be additional footage or images not seen on its main site. The site's also employed a dedicated team to run its Snapchat Discover channel. BMW is one of the launch sponsors.

The cable network was interested in joining the program because the average age of its audience is in the 30s, and CNN wants to tap into the younger 13- to 18-year-old demographic that Snapchat reaches. The move also allows it to experiment with evolving its editorial tone.

Fusion will post at least five different stories picked by its editors each day. Each story will have a 10-second teaser leading to a mix of new content exclusive to the platform and highlighting the best of its work.