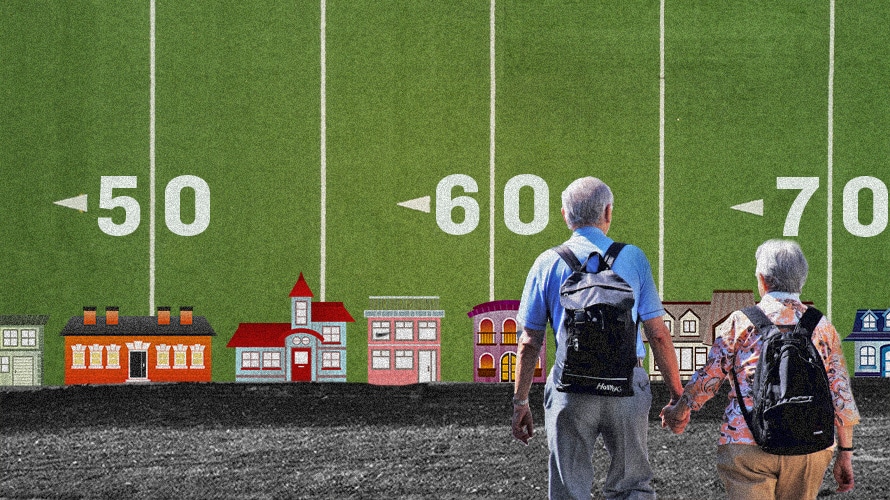 Seven housing companies are facing a civil rights lawsuit for allegedly using Facebook’s ad-targeting options to prevent their advertisements from being seen by the social network’s older users.

On Wednesday, Housing Rights Initiative (HRI) and Neuhtah Opiotennione, a 54-year-old woman from the District of Columbia, filed age bias charges with the D.C. Office of Human Rights and the Montgomery County (Md.) Office of Human Rights against some of the country’s largest leasers and managers of apartments, claiming the companies’ ads on Facebook were age-restricted to younger users only.

HRI executive director Aaron Carr said in a statement, “Housing discrimination was banned nationwide in 1968. It’s shocking that over 50 years later, so many major companies in America seem to have ignored the message when advertising apartments and homes.”

Added Opiotennione, “I’m shocked and disappointed to hear that I, along with other older residents, have been excluded from housing ads on Facebook. We deserve the same opportunity to hear about apartments as younger people.”

Bozzuto Management said in a statement, “Bozzuto Management Co. is committed to fair housing, and we are proud of the wonderful diversity of our communities. We have been proactive in working with Facebook and other social media platforms to ensure that our advertising is not discriminatory. We are confident that our advertising practices comply with D.C. and Montgomery County law, and we will gladly work with these jurisdictions to investigate and address any issues.”

The other companies involved did not immediately respond to requests for comment.

HRI is seeking commitments from the seven housing companies to implement non-discrimination policies across their digital advertising efforts, as well as to educate and train their staff on these matters, monitor their compliance and compensate older people who were not provided with information about renting apartments.

Peter Romer-Friedman and Pooja Shethji of Outten & Golden and Matthew Handley of Handley Farah & Anderson are representing HRI and Opiotennione in the complaint.

Romer-Friedman, lead attorney in some of the settlements reached with Facebook earlier this year, said in a statement, “Digital discrimination is undermining equal opportunity in America. Your age, gender or ZIP code should not determine your opportunity to rent an apartment, buy a home or get a mortgage. The internet is not a civil rights-free zone.”

Added Handley, “Purposefully denying information about housing opportunities based on a person’s age is precisely the type of conduct local fair housing law is designed to prevent. We hope that these enforcement actions will ensure that the housing industry corrects its behavior and welcomes all persons into their communities.”

Facebook began addressing these issues in March, in response to class-action lawsuits and complaints, including one in which Outten & Golden teamed up with the American Civil Liberties Union and Communications Workers of America to file charges with the Equal Employment Opportunity Commission against Facebook and 10 companies that advertised jobs via its platform, claiming unlawful discrimination and saying the advertisers used the social network’s targeting capabilities to deliver their ads solely to male users.

The social network said in March that age, gender and ZIP code targeting was no longer allowed in ads for housing, employment and credit, adding that it was creating a portal for those ads, and ads created elsewhere would be blocked.

Facebook reiterated in August that ads covering those three topics required the selection of a special ad category, which began rolling out in Ads Manager in July and was added to the social network’s Marketing API (application-programming interface) earlier this month.

The company said at the time that all housing, employment and credit ads that do not implement the special ad category flows by Dec. 4 may be paused for noncompliance.