Some early players weigh in 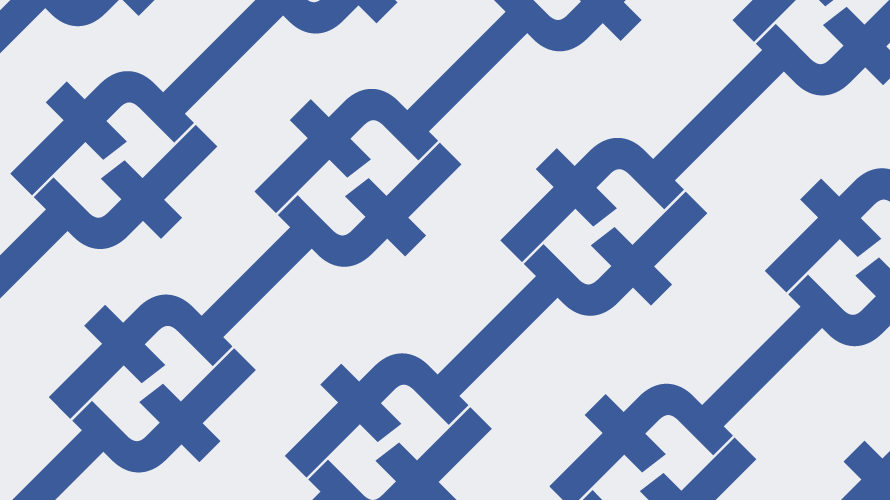 Two weeks ago, Facebook sent ripples through the cryptocurrency and blockchain world by revealing its own plans to dive into the emerging sector—sort of.

On May 8, David Marcus, who headed up Facebook’s Messenger for the past four years, tweeted his plans to set up a “small group” within Facebook to “explore” how to best leverage blockchain technology. The announcement came right after Facebook’s annual developer conference in California and right before Blockchain Week in New York.

“After nearly four unbelievably rewarding years leading Messenger, I have decided it was time for me to take on a new challenge,” Marcus said in a Facebook post. “I’m setting up a small group to explore how to best leverage Blockchain across Facebook, starting from scratch.”

And that was it. Since then, no official plans have been announced for a technology that some say could threaten Facebook’s role as a kingpin of a the centralized online ecosystem. However, Cheddar reported that Facebook could develop its own cryptocurrency, something messaging app rival Kik did a year ago as a way to better compete with Facebook. And while it’s unclear whether Facebook will create a FaceCoin or something altogether different, many are curious what it might mean for blockchain-focused companies and the rest of the internet.

According to Jarrod Dicker, CEO of Po.et, a blockchain startup for publishers, the technology could impact the value and reputation of content along with how it’s discovered and owned.

“Blockchain will affect all industries,” he said. “That is a certainty. How minor or major is still yet to be determined, but companies are starting to position themselves and brace for its impact.”

This wouldn’t be the first time Facebook put some of its weight behind an emerging technology and helped it go more mainstream. After its 2016 announcement that it was rolling out chatbots, more brands and users decided to try them out.

It also won’t be Marcus’ first foray into blockchain. After all, he’s already on the board of Coinbase, an influential digital currency platform for exchanging cryptocurrencies such as Bitcoin and Litecoin. He’s also the former president of PayPal. It’s still unclear exactly how big his “small” team at Facebook will be but some say it could be as large as 1,000 people split into various teams reporting into Marcus.

There are plenty of potential use cases for Facebook. It could foster payments through Marketplace, improve identity verification of users, or maybe even fix some of the ongoing worries about ad fraud and viewability. It might even create a new way to fund virtual reality.

Facebook declined to provide any details about its plans. However, a spokesperson said the company’s efforts are not focused on any one specific use of blockchain.

Charles Manning, CEO of the mobile app attribution platform Kochava, said that when his company first started building out its blockchain-based ad network XCHNG more than a year ago, many asked what would happen if Facebook didn’t work with its blockchain?

“They may be seeing the writing on the wall that they have to pay attention to having a blockchain story in the context of how media is sold with them,” he said.

Because it’s still early for blockchain technology, Facebook getting in now could help it set standards for how it’s adopted more broadly. And, given its clout, that could help it remain at the center of the web—even though blockchain advocates say the technology’s way of decentralizing power could help other companies better compete with near-monopolies like Google and Facebook that maintain power from a centralized ecosystem of advertising.

Earlier this month, a report from Gartner found that only one percent of chief information officers surveyed had “any kind” of blockchain adoption within their organization. Another eight percent of the more than 3,000 CIOs surveyed had short-term plans or active experiments, while 77 percent said they had no interest or no plan at all. The reasons for holding back: It would require new skills, a change in culture or a shift in the IT department’s infrastructure to implement.

Gartner Vice President David Furlonger, who worked on the survey, said he can see a number of use cases for the media and advertising industries related to content quality, efficacy and monetization. He said every industry needs to begin thinking about how it might work, because while mainstream adoption of the technology might be at least five years away, shifting an organization won’t happen overnight.

“I think everyone needs a plan,” he said. “To ignore this is really foolish. It is one of those things for me that is not just a technology. If you believe it the core tenets like decentralization or tokenization, then your suggestion is a whole new world paradigm.”

Furlonger said he didn’t know exactly what Facebook might be exploring, but said the company’s brand equity and financial resources give it opportunity to take young technologies and start moving them forward.

“That market is so dominated by the big kahunas (like) FOX, CNN, Facebook,” he said. “I’m just not sure at the end of the day if they will allow it to disintermediate—that’s the real key—and will they use it to make themselves more efficient or to improve the compliance. That’s all good, but will that benefit be passed on? I don’t know. I think that’s an open question.”

Facebook’s not the only app with millions of users already betting on blockchain. London-based Messenger rival Telegram has already raised more than $1 billion for its blockchain-based messaging platform. Meanwhile, Kik, a Canadian app with more than 300 million users, has been building out its own cryptocurrency called Kin, which the company hopes will be used both inside and outside Kik’s own messaging ecosystem.

Adam Helfgott, co-founder of MadHive, a blockchain-based ad-tech company, said that unless other companies can innovate better and faster than Facebook, it might be a zero-sum game in Facebook’s favor.

“It is going to become a battle,” he said. “There are a lot of kids in the blockchain space and nobody else. It seems easy, but now as soon as Facebook is there, it matures the industry faster.”