It's all about the micro-moments 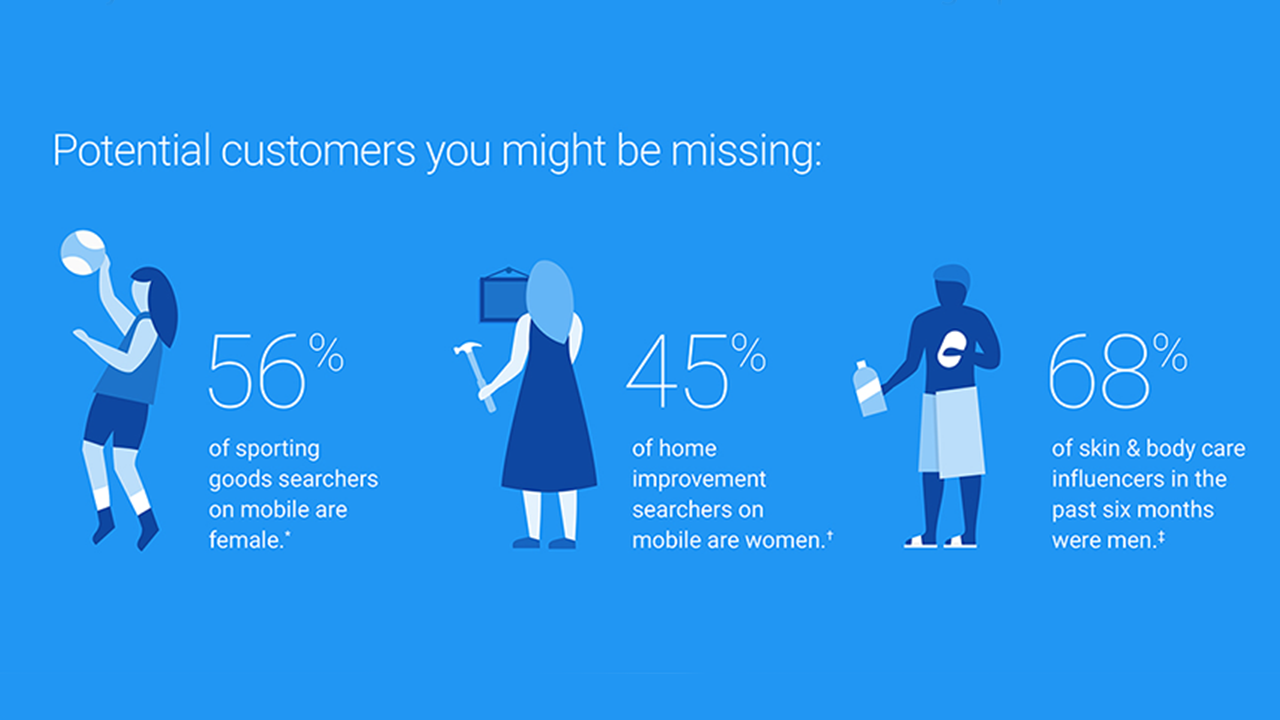 If anyone has a stake in keeping you searching, it's Google. So it make sense that the company's focusing at least as much on learning what users want as it is on who they are.

Now, the data king has, well, more data to back up that approach. According to research Google commissioned from Millward Brown Digital, demographics don't always align with user intent. In fact, marketers could be missing as much as 70 percent of potential mobile shoppers by not understanding what they're searching for at any given time.

Google says those points in time, or "micro-moments," are key to winning over people's minds—and their money. The company says 82 percent of smartphone users now turn to their phones to help them make purchasing decisions while they're in a store. In a blog post published today, Google's vp of marketing, Lisa Gevelber, described it like this: "Intent beats identity. Immediacy trumps loyalty."

Google, which first unveiled the concept of micro-moments this fall at Advertising Week, has been working with a number of brands during the second half of the year to try and find unique ways to use search data and maps to sync with shoppers at just the right time.

Researchers found that the people actually doing the searching aren't always who marketers think they are. One example: video games. According to research conducted during the first half of this year, the majority of video-game shoppers are not millennial men. In fact, only 31 percent of mobile users searching for video games were men ages 18 to 24. The target market gets smaller when looking at YouTube demographics, which found that only 29 percent of searches came from men in that age group.

Another example: Only 60 percent of baby-product purchases come from households with children. That doesn't mean some college kid on a budget is living on a finals-week diet of Gerber baby food. Rather, the remaining 40 percent could be grandparents, cousins or friends.

Researchers also found that 51 percent of smartphone users have been persuaded to use a brand other than one they prefer after finding useful information via search. That might mean providing local inventory information, developing how-to videos or offering the chance to purchase a product with an "instant buy" button.

"There are moments where you're checking your emails where a brand isn't really that relevant, and then there are others when someone is trying to accomplish something," Matt Lawson, Google's director of product marketing, told Adweek.

"What's really intriguing to us about this is it's something very new to the industry that has never been there before," said agency co-founder Jan Jacobs. "For the first time ever, the advertiser knows what the consumer is thinking, or looking for, before they get to the place where you're at."

Lawson said it doesn't mean demographics no longer matter, and in some ways, search can help identify the kind of person who's doing the searching. For example, if someone searches the phrase "store my stuff," they might be transient (such as college students with little attachment to their belongings). However, if someone searches "store my valuables," it might be someone who is more established in life.

"It's not that demographics doesn't play a role, but it's when you make demographics primary in your plan, you miss out on one or more of those audiences," he said.