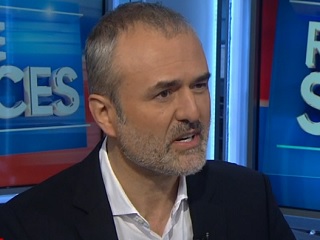 In the wake of a judge ruling that Gawker Media’s bankruptcy doesn’t protect founder Nick Denton, Denton said he might file for bankruptcy.

As of now, Denton is personally responsible for $10 million of the $140 million payout due to Terry “Hulk Hogan” Bollea, who sued Gawker for publishing a sex tape. Making matters worse is that Bollea’s  legal attacks have been funded by PayPal founder and Facebook board member Peter Thiel.

Thiel has admitted that he was merely seeking revenge on Gawker for publishing a post about him being gay.

Gawker is currently in the process of being sold. It is also appealing the Bollea lawsuit.

“As I’ve said, Peter Thiel’s vendetta against my company may well require me as well as the company to file for bankruptcy protection until the Florida appeals court can rule on the extraordinary $140 million judgment,” said Denton, in a statement. “I’m focused now on the sale process which will conclude in a month, and maintaining the value of the business. This story will conclude with Gawker Media’s popular brands sheltered under new ownership and the importance of a free and critical press reaffirmed by the courts.”