FNS premiered 19 years ago today -- with Chris Wallace at the helm for 12 of those. 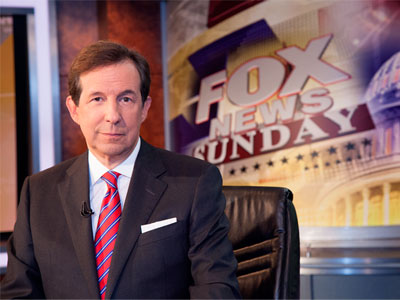 Times have been a changin’ in the world of Sunday morning shows as of late.

With “Meet the Press,” “Face the Nation” and “State of the Union” all going with some new blood this year — Chuck Todd, John Dickerson and Jake Tapper — there has been a lot of movement at the host positions to say the least.

But as these shows have seen major changes to their Sunday programing over the past year, “Fox News Sunday” is celebrating stability and continuity — as today marks the 19th anniversary of the show’s premiere. FNS, which was originally hosted by former White House Press Secretary, Tony Snow, first aired on April 28, 1996.

Current FNS host, Chris Wallace, who referred to himself as “the dean of the Sunday morning talk show hosts” earlier this month, will become the longest sitting Sunday show host when Bob Schieffer officially retires this summer, with 11 more years of experience than any of his peers (not including George Stephanopoulos, who has served as the host of “This Week” from 2002–2010 and 2012–present).