Not her first plagiarism rodeo. 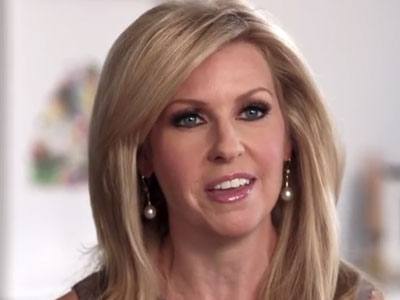 Before she was chosen by Donald Trump to serve as senior director of strategic communications for the National Security Council, Monica Crowley was an author and conservative commentator, appearing on Fox News and contributing to publications like The Washington Times. It turns out she was also a plagiarist.

A report by CNN’s Andrew Kaczynski and his KFile crew “found upwards of 50 examples of plagiarism from numerous sources, including the copying with minor changes of news articles, other columnists, think tanks, and Wikipedia,” in Crowley’s 2012 book, What The (Bleep) Just Happened. The report showed dozens of side-by-side comparisons of the book’s text alongside the sources from which they appear to have been lifted.

In response, the News Corp-owned HarperCollins issued a statement today saying that the book “will no longer be offered for purchase until such time as the author has the opportunity to source and revise the material,” although it did also say that the book had “reached the end of its natural sales cycle.”

This was not Crowley’s first instance of plagiarism. A Politico investigation also discovered that Crowley plagiarized parts of her Ph.D. dissertation, showing, as did CNN, the side-by-side comparison of the passages in question.

The Trump transition team is standing by their pick, choosing to focus–in a statement issued to CNN prior to the publisher’s announcement it was pulling the book–on the fact that the book was published and that it was popular, as well as claiming that the investigations were politically motivated:

Monica’s exceptional insight and thoughtful work on how to turn this country around is exactly why she will be serving in the Administration. HarperCollins—one of the largest and most respected publishers in the world—published her book which has become a national best-seller. Any attempt to discredit Monica is nothing more than a politically motivated attack that seeks to distract from the real issues facing this country.

Over at PressThink, journalism professor Jay Rosen had some thoughts on that statement:

It goes from zero to 60 on the politicize-everything dial, signaling to Trump supporters that there is nothing here about authorship, publishing, standards, or trust, nothing that might transcend politics, just political combat in another form: a CNN investigation.

Politicize everything is as apt a descriptor of the these times as anything.