Opinion: Brands that align themselves with the right personalities will see real engagement, not the fake kind 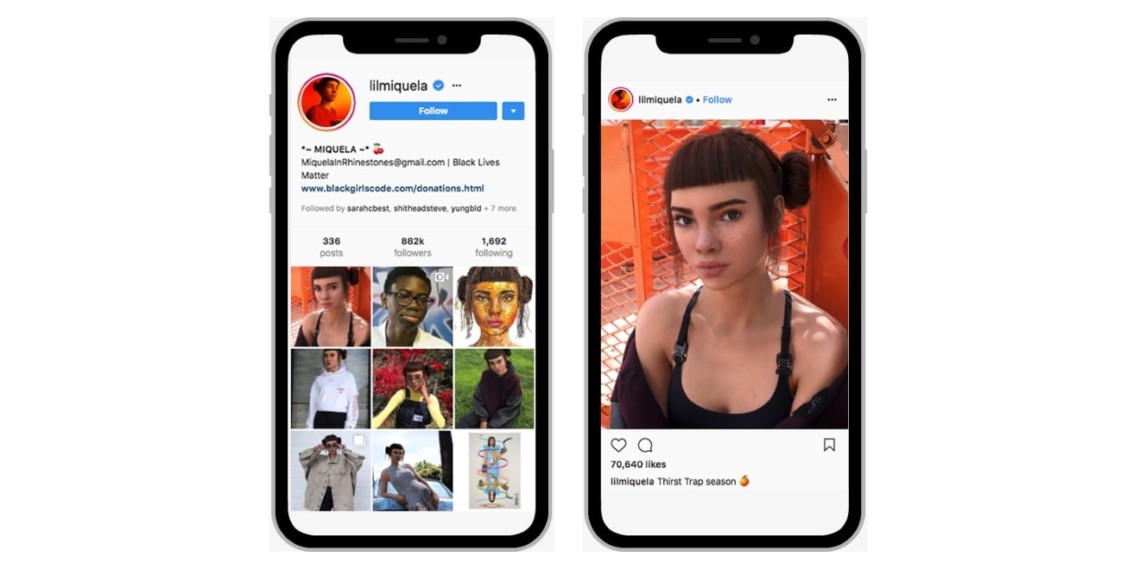 Over the past year, there have been predictions that the influencer marketing bubble would pop. Instead, however, we are witnessing an evolution.

As seen by artificial online personalities empowered by computer-generated imagery to engage with today’s audiences. Lil Miquela and supermodel Shudu are two faux influencers making waves on Instagram, with fashion and beauty brands considering using their ever-growing audience as a way to plug their products and services.

Earlier this year, Prada partnered with Instagram and Giphy to release an exclusive sticker pack for its spring 2018 collection and tapped Lil Miquela to be the first user of the pack.

With thousands of new followers per day, brand marketers are starting to ask, is this the next evolution in influencer marketing, or is this just a fad?

While some on the tech side would argue that faux is the future indefinitely, there is speculation as to where to draw the line. Just as brand marketers evaluate real-life influencers for their campaigns, the same evaluation set should be applied to faux influencers.

The first and most important question to ask is: Will consumers make an emotional connection with this person or persona?

The idea of brands working with faux influencers is not an entirely new concept. In 2015, Louis Vuitton enlisted Final Fantasy character Lightning to promoted its LV Spring-Summer 2016 line across Instagram.

And Converse worked with 1990s band Gorillaz to collaborate on a line of shoes. The band—which never showed its members’ faces but instead used animated characters in music videos and promotions of albums—gained a massive and highly engaged following over the years. Converse and T-Mobile worked with the band during its peak because of their influence and the emotional attachment audiences made with the band members.

These faux influencers are proving capable of making authentic connections. Lil Miquela is a supporter of social movements ranging from Black Lives Matter to being an outspoken ally of the LGBTQ+ community. With over 1 million followers, she’s found a way to establish personal connections with her followers on the matters most important and relevant to them. This proves that it does not matter whether the influencer is virtual, a robot or a human—what matters most is that engagement is real and legitimate.

Similar to working with real-life influencers, a campaigns success is contingent on that authentic engagement from audiences. Lil Miquela not only wears designer clothes (not sponsored, just genuinely loves fashion), attends popular festivals like Coachella and creates her own music that is available on Spotify, but she was recently called out by actress Tracee Ellis Ross for donating over $100,000 in music equipment to various organizations.

A common challenge echoed by the industry is fabricated followers and engagement by influencers. The word “faux” does not harken authenticity yet؅—as mentioned, there are genuine interactions happening between Shudu, Lil Miquela and their followers.

Bots are rampant across social media, and their ability to deceive in terms of following and audience engagement improves daily. As a result, both marketers and consumers are calling for greater transparency. This means that the creators behind these digital personalities and the brands choosing to work with them need to check off these crucial S.A.F.E. components: secondary accounts, account activity, follower legitimacy and engagement authenticity. It is not just being transparent with audiences about whether an influencer was digitally created, but making sure interaction with followers is 100 percent genuine and authentic. If choosing to work with a faux influencer, it is especially important to ensure that your influencer’s followers are not in fact just other generated personalities.