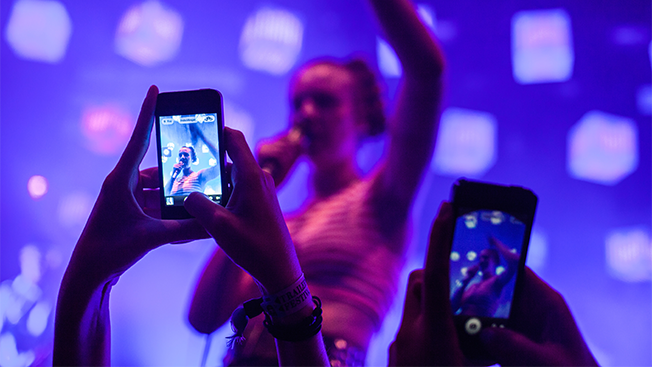 Now that the music portion of South by Southwest is underway, the Instagrammers of the music world have plenty to post this weekend from Austin, Texas.

According to a new Instagram-commissioned study by Nielsen of more than 3,000 self-described Instagram users, the photo- and video-sharing platform is the most-used social network for music fans, festival attendees and artists during live events. The study also provides insight into what fans like, listen to and buy.

Results of the study showed that Instagram users are 42 percent more likely to spend money on music than the general population. Those who follow artists and bands spend twice as much on music each year as those on other social media apps. Users also spend 30 percent more time listening to music on a weekly basis with pop, hip-hop, rap and R&B leading the way.

The trick for marketers that want in on the action, though, is knowing who those fans are and what they're listening to.

"It's important that advertisers form relationships with musicians who are the right fit for their brands," said analyst David Deal. "Choose wisely. If your brand is edgy, find edgy musicians to work with. If your brand is about being friendly and accessible, find a crowd pleaser. Don't make the mistake of getting in bed with musicians just because they are popular or cool—you'll look phony if you do."

Venues can learn a lot from how much time people spend on the platform, said Jim Squires, director of market operations at Instagram. Squires cited a campaign in which the House of Blues ran 13 days of direct-response ads on Instagram to drive ticket sales for a show at the Fillmore Charlotte. The campaign—using targeting tools from Instagram and audience modeling from CitizenNet–earned a 64 percent higher ROI than previous benchmarks.

The key is to make users feel like they're there, Squires said. That means hands in the air, lights, phones, lasers—action.

"The idea with creative on the platform, especially with music creative, is to communicate that feeling of being at the show," Squires told Adweek.

Here are some stats from the study showing how Instagram users act—with their ears and their wallets: