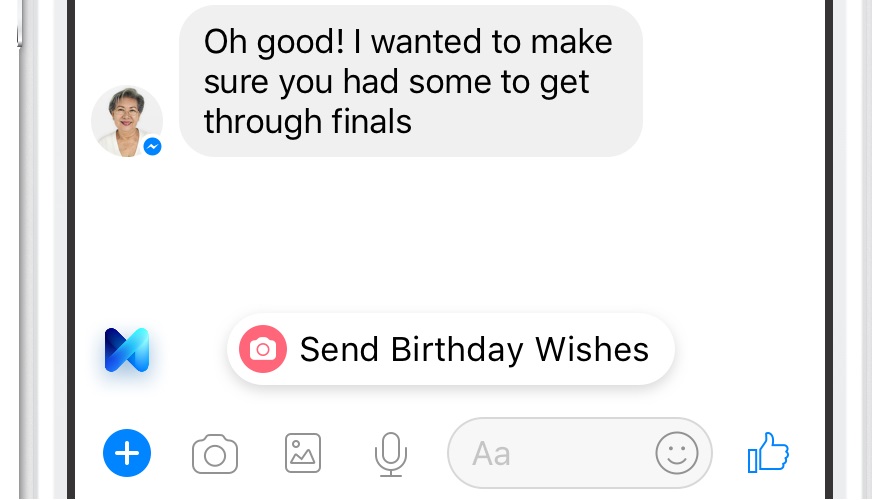 The social network began testing M in August 2015 and announced the launch of suggestions from M to all U.S. iOS and Android users in April.

Facebook revealed three new suggestions from M that will begin rolling out to Messenger users in the U.S. Tuesday:

The social network also announced that starting Tuesday, suggestions from M will be available in Spain, in both English and Spanish.

The three new suggestions from M launching Tuesday join the ones from April’s launch:

Suggestions from M are powered by machine learning and completely automated—appearing during conversations, where applicable—and users have the options of ignoring or dismissing suggestions they don’t find helpful, or muting M altogether in their settings.