Next Up for Demotion in Facebook’s News Feed: Engagement Bait

Posts asking for likes, shares, comments or other actions are being targeted 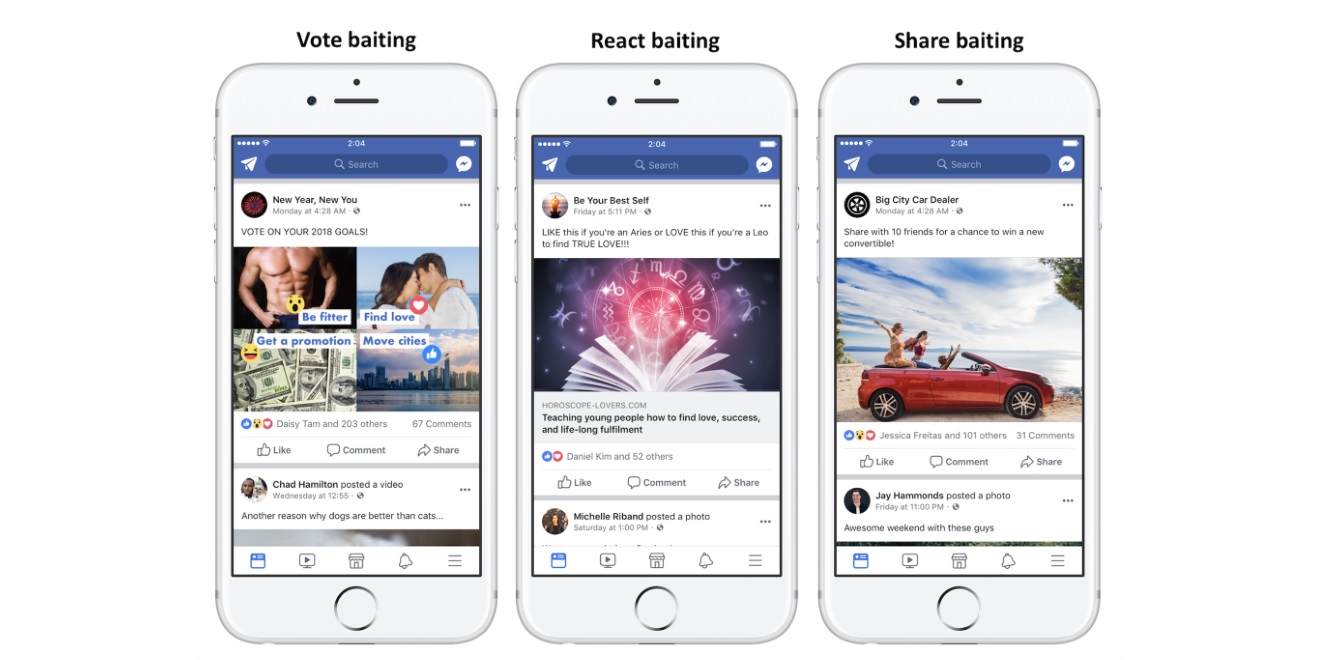 Facebook already took on clickbait, and the social network now has engagement bait in its crosshairs.

Operations integrity specialist Henry Silverman and engineer Lin Huang announced in a Newsroom post that the most recent update to Facebook’s News Feed algorithm will demote posts from people and pages that attempt to boost interaction by coaxing users into likes, shares, comments or other actions. 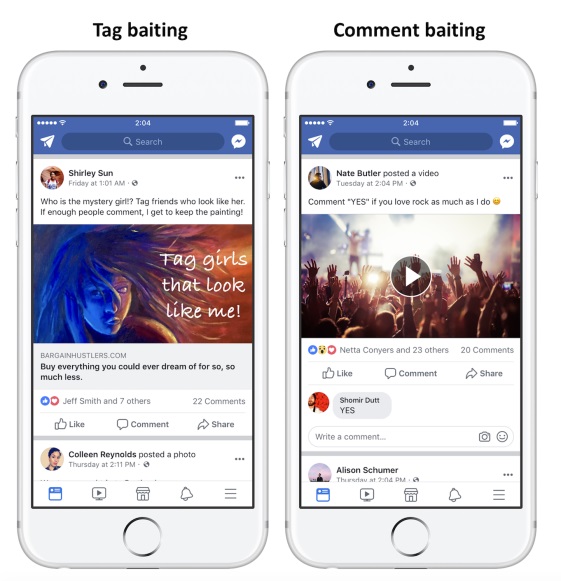 They added that teams at Facebook “have reviewed and categorized hundreds of thousands of posts” along the lines of, “LIKE this if you’re an Aries!,” in order to arm a machine-learning model with the necessary information to detect and downgrade those posts.

Ashish Patel, senior vice president of audience development and insights at Group Nine Media—parent company of NowThis, The Dodo, Seeker and Thrillist—told Adweek, “We view these engagement bait tactics as detrimental to the quality of the user experience. We’ve never really relied on tactics like this to drive engagement, and we shouldn’t see any significant effect.”

And Daniel Fisher, managing director for Europe at Disney-backed storytelling platform Playbuzz, said of Facebook’s move, “Like all good internet ‘get-rich-quick schemes,’ this announcement once again proves that you cannot cheat good content. ‘Tricking the algorithm’ is always short-termist (particularly when it comes to Facebook), and it is a risky way to build a business.”

Pages that rely on engagement bait tactics will be hit especially hard, as Silverman and Huang said Facebook “will begin implementing stricter demotions for pages that systematically and repeatedly use engagement bait to artificially gain reach in News Feed,” adding that this process will be introduced “over the course of several weeks” to give those publishers time to adjust their content strategies.

Silverman and Huang pointed out that this change will not affect posts such as people asking for help, advice or recommendations, “such as circulating a missing child report, raising money for a cause or asking for travel tips.”

Fisher also discussed the potential impact on pages with Adweek, saying, “This might also have a positive impact on premium publishers that are fighting the rise of fake news (fueled by the big platforms, which give anyone a voice) … The big unintended risk is that smaller premium publishers (especially those in niche verticals) that were trying to build their social audience to remain competitive might see a massive decline in organic reach. This would be unfortunate, as these publishers had no choice but to ‘play the algorithm’ in order to win and retain new and real audiences by paying an ‘audience toll’ to Facebook.”