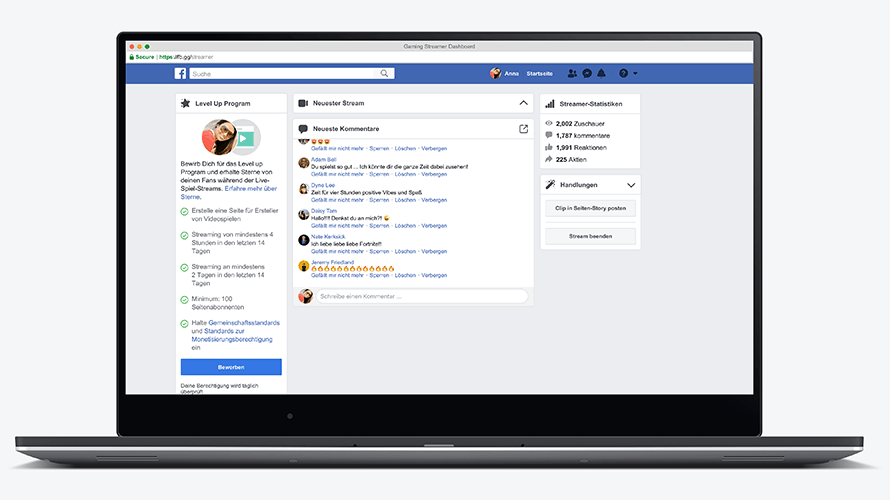 In June, Facebook launched its Level Up program, which was designed to help new video game livestreamers grow their audiences on the social network. The program was initially limited to creators in the U.S., U.K., the Philippines, Malaysia and Thailand, and it expanded to include creators in Germany, France, Spain and Ireland in August.

Now, the program has expanded even further, allowing creators in more than 20 countries to access its features.

Creators who apply and are accepted into the Level Up program (based on certain eligibility requirements) have access to a special feature called Facebook Stars, which lets them earn money as they stream. Specifically, the system lets viewers purchase virtual items during livestreams as a way to support their favorite creators.

The Level Up program also gives creators early access to new features on the platform, among other perks.

As of this writing, creators in the following countries can apply to be part of the program: