Facebook and Amazon Seem to Be Increasingly Concerned About Your Data 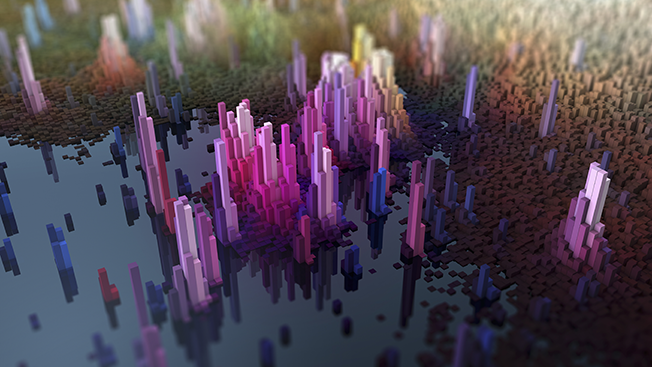 BARCELONA, Spain—Stephen Deadman, Facebook's global deputy chief privacy officer, said data-based ads should be more than just a "tax" that consumers deal with for services on the platform.

During a panel discussion at Mobile World Congress on Tuesday focused on how companies can navigate the seas of data, Deadman said the Menlo Park, Calif.-based tech giant is continuing to pursue ways of providing ads on a more relevant and curated basis. However, he said, the speed at which it can make such progress happen depends on user interactions with the platforms and how comfortable they are with sharing data.

"We're speaking to lots and lots of people from different backgrounds—academia, big companies and [small startups]—that have begun to work in this personal data economy space," he said, adding such players are discussing how to get valuable data without violating consumers' privacy. "Those things are mutually reinforcing. In fact, as people control more data to get value for themselves, that has much more value to the economy and businesses like Facebook."

Despite efforts by companies to make data collection more controllable and transparent, panelists said a problem that still exists is that even if people care about their data, they don't care enough to waste hours of time managing data or researching privacy agreements. In the words of Amazon Web Services EMEA Antonio Alvarez, nobody wants to spend a Sunday afternoon adjusting their data controls.

"People want to have control, people want to benefit from their data," he said. "But they don't want to turn themselves into data managers."

And with ad-blocking on the rise, publishers and platforms are attempting to be more wary about sucking the life out of consumers' mobile data plans.

For its part, Facebook has begun rolling out tools over the past year that allow users to have better controls related to the ads they see. Since joining Facebook 13 months ago, Deadman has launched thedatadriveneconomy.com, which aims to help various entities better grasp the role of data to companies and consumers.

Knowing how and when to use data for various services or advertisements is an important part in helping to show how data-based marketing can be beneficial to consumers, Alvarez said.

"If you think about it, it's not a personal preference how you share your data; it's a contextual preference. It really depends on what you are doing with your product," he said.

Companies are beginning to realize they can "do a lot of smart things, without being too smart," said Marco Bressan, chief data officer at financial firm BBVA. He said companies can use small batches of data for a specific customer as a way to provide a service.

"The way I have it in my head is we can be very good with geography…we can know that the Nile River is one of the longest rivers in the world, but if we don't know about ourselves or our houses, that's useless to us," he said. "We can get from [the] house to work on the optimum path, but if I can't find the car keys, I will not get to work."

One example is GoodReads, Bressan said, which was acquired by Amazon in 2013. It provides a personal experience for the reader while also contributing to the larger community of readers at the same time.

"Companies are starting to have these double-sided censors, where you can look at the large picture but also understand the small picture," Bressan said. "And a lot of the things we need to do are along that language."