Will online food-delivery service Eat24 still have a Facebook page after 11:59 p.m. Monday? Probably not, if it sticks to what it wrote in a scathing blog post last week, ripping the social network for the changes to its News Feed algorithm that have hammered organic reach for page posts. 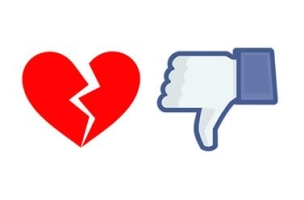 Will online food-delivery service Eat24 still have a Facebook page after 11:59 p.m. Monday? Probably not, if it sticks to what it wrote in a scathing blog post last week, ripping the social network for the changes to its News Feed algorithm that have hammered organic reach for page posts.

Hey. It’s Eat24. Look, we need to talk. This isn’t easy to say since we’ve been together so long, but we need to break up. We’d love to say “It’s not you, it’s us,” but it’s totally you. Not to be rude, but you aren’t the smart, funny social network we fell in love with several years back. You’ve changed. A lot.

When we first met, you made us feel special. We’d tell you a super funny joke about Sriracha and you’d tell all our friends and then everyone would laugh together. But now? Now you want us to give you money if we want to talk to our friends. Now when we show you a photo of a taco wrapped with bacon, you’re all like, “PROMOTE THIS POST! GET MORE FRIENDS!” instead of just liking us for who we are. That’s hella messed up.

But we loved you, Facebook, so we tried to understand you and your algorithm. As far as we could tell, though, it involves the words “affinity” and “time decay.” There also might be a Greek letter in there somewhere, but we’re not sure cuz we got bored and ordered a panini. Look Facebook, all we’re saying is that we wanted to share a joke about chicken wings, not ponder astrophysics.

And it’s true, we got a ton of new likes on our page. Look at all these new friends, we thought. There’s a guy in Houston, and this guy in … Bangladesh? And this girl in … Dubai? WTF Facebook!? When we said, “We want to take over the world with taquitos,” it was mostly a metaphor (also it was 4:20 at the time). Well, we really do want to feed the whole world one day, but right now we’re only in the U.S., so even though we love our new international friends, we’d prefer not to piss them off by showing them a photo of a delicious calzone that they can’t even order. Why did you think we wanted friends we can’t actually feed? That makes about as much sense as getting a pepperoni pizza and only one slice has pepperoni on it.

So that’s it. We’re done. All you’re left with are some single-serve freezer meals. Us? We can eat a whole pizza by ourselves, so we aren’t even worried about that. We’ll pack our things and be gone by 11:59 p.m. on Monday night. Yes, you read that right. Eat24, the company that is always telling customers to like our page, post on our wall, and ask us for coupons on Facebook … is deleting its Facebook. This is real.

Who knows what’ll happen between now and Monday. Maybe so many of our friends will write on our wall to say goodbye that your API will break. OK, we don’t actually know what an API is or if it can break, but something might crash or have an error or make the mouse do that pinwheel thing. So have a nice life and good luck playing Words with Friends alone.

P.S. If you are reading this and your name isn’t Facebook, and you are in fact one of our beautiful hungry customers — WE STILL LOVE YOU and we’re giving you a chance to say goodbye. Any last words? Since we’re deleting the whole thing on Monday at 11:59 p.m., you can say pretty much whatever you want. Confess your love of brussel sprouts, admit that you still suck your thumb, reveal your celebrity crush. We’ll never tell. Say goodbye to Eat24’s Facebook.

P.P.S.S. If you are reading this and you’re hungry, luckily our app isn’t powered by social media or even blogs. We’d love to help you make food happen. Get the Eat24 app and summon egg rolls to your couch.

Hey Eat24, this is Brandon over at Facebook. I was bummed to read your letter. The world is so much more complicated than when we first met — it has changed. And we used to love your jokes about tacquitos and 420, but now they don’t seem so funny. There is some serious stuff happening in the world, and one of my best friends just had a baby, and another one just took the best photo of his homemade cupcakes, and what we have come to realize is people care about those things more than sushi porn (but if we are in the mood for it, we know where to find it Eat24!). So we are sorry that we have to part this way because we think we could still be friends — really we do. But we totally respect you if you need some space.

Readers: Will Eat24 go through with its thread and delete its Facebook page?