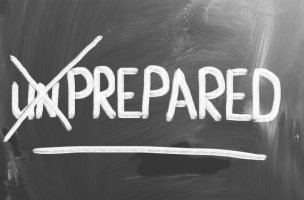 How would you react to someone bad-mouthing your brand on Twitter? Or an irate customer? Or a complete PR meltdown?

It isn’t nice to think that things might go horribly, horribly wrong, but as the old maxim goes: “hope for the best, but plan for the worst.” Here’s how to do the latter.

To show you how to start thinking about your company’s Twitter crisis plan, we’ll use a recent example.

Domino’s Pizza in the UK had to deal with a Twitter troll last week, who claimed that he burned his nether-regions while doing something unsavory to his presumably hot pizza.

As AdAge reports, Domino’s was able to respond to this crisis “mostly by sticking to the script, with a few flourishes along the way.”

So what did Domino’s do right?

First, they had a script. The employee in charge of the account had tried-tested-and-true tweets to send to customers experiencing difficulty, including offering contact information for the head office.

This employee was clearly given instructions on dealing with Twitter trolls and irate customers before they took the wheel behind the account – meaning the company provided training to their social media employees on how to handle various situations that could crop up.

When the Domino’s troll wouldn’t let up (tweeting that the staff should “inform customers about the dangers of making love to [their] pizza” among several other tweets), the employee had no choice but to tweet something other than the standard script.

@indiantank @ITK_AGENT_VIGO It is definitely recommended, as that is not what is expected of our pizzas. We raised them better than that!

This tongue-in-cheek response was still in Domino’s voice and pushing for the customer to contact head office, but it also showed that the company trusted its employees enough to let them handle situations like this based on their judgement.

Lastly, Domino’s was able to respond to – and ultimately diffuse – the troll in real-time. They responded quickly to the crisis, which prevented it from becoming larger than it needed to be.

When developing your own crisis plan, look to brands like Domino’s that have already handled a crisis well. Some brands choose not to engage with trolls – which is fine – but other emergency situations can always happen. By implementing a crisis plan and ensuring your entire team is on board, you’ll save yourself from scrambling when disaster hits.