The Internet Is Having a Field Day With Cody Bellinger Headlines

Baseball journalism in June is never usually this much fun

In today’s New York Times, the headline reads: “For Dodgers’ Cody Bellinger, the Sky’s Not Only the Limit, It’s Also a Target.” You know, that part of the firmament that is often nothing but Dodger blue. In print today, the paper has shortened the headline simply to the portion following the first comma. 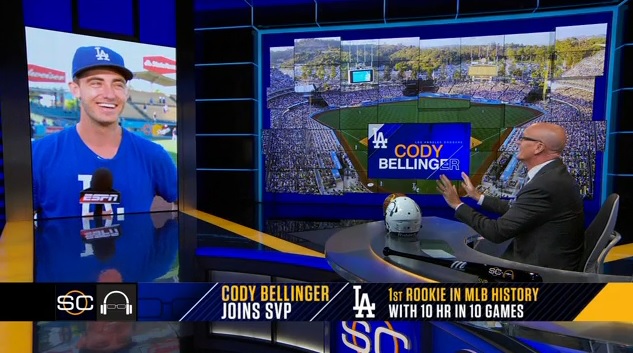 Over on CNN.com, the best part of the opinion piece “Bellinger Doesn’t Know Who Seinfeld Is. Not That There’s Anything Wrong With That” by former Los Angeles Times and Chicago Tribune columnist Mike Downey is the auto-playing video of Larry King introducing Jerry Seinfeld circa-1991. That’s because it starts with King suggesting Seinfeld is well on his way to becoming a “household name.” In case you missed it, the Dodgers 21-year-old rookie phenomenon Bellinger could not place Seinfeld when asked about the comedian on ESPN by Scott Van Pelt, triggering an avalanche of weekend coverage and a series of playful mocking tweets from teammates.

The editors of the Orange County Register may have coined a good nickname for Bellinger. “Commander Cody Keeps Finding New Frontiers With the Dodgers” reads the headline for Mark Whicker’s write-up of the Dodgers June 25 comeback win against the Rockies, during which Bellinger dinged his 23rd and 24th homers.

Finally, The Sporting News is having none of it. Bookmark this one for potential double razzing later on in the MLB season. The outlet’s banner shrug reads: “Aaron Judge and Cody Bellinger Probably Won’t Hit 50 Homers, So Let’s Calm Down.” Grammatically speaking, that headline is a reference to the Yankee and Dodger players’ combined total, so they are royally in trouble. 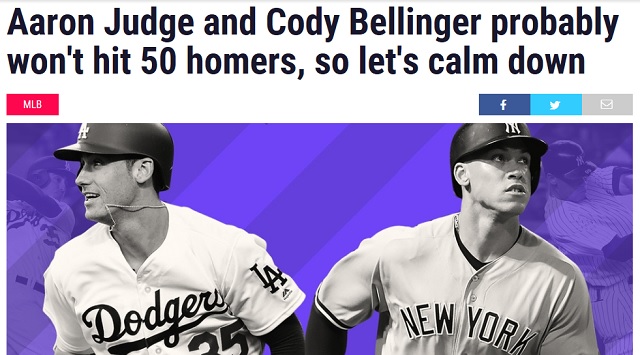