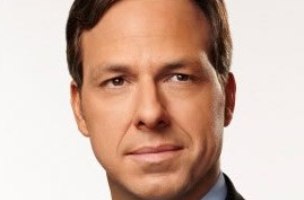 Last hour, Gawker noticed two since deleted tweets sent out by Jake Tapper, which read, “Please don’t make it soubd like I reached out to you” and “Lauren would kill me.”

Presumably, “The Lead” host is referring to Lauren Pratapas, his CNN publicist, but whom were the tweets – likely meant to be sent as direct messages – intended for and in regards to?

A publicist’s job, and presumably that of Pratapas, is to manage and secure press coverage for a brand or person. Were Tapper’s tweets intended for another reporter? If so, as one of CNN’s biggest talents, maybe Tapper should refer, I don’t know, to his publicist?

And another from CNN national political reporter Peter Hamby:

.@jaketapper hey man @LPratapas is looking for you