Video series asks artists to describe how they hear the world 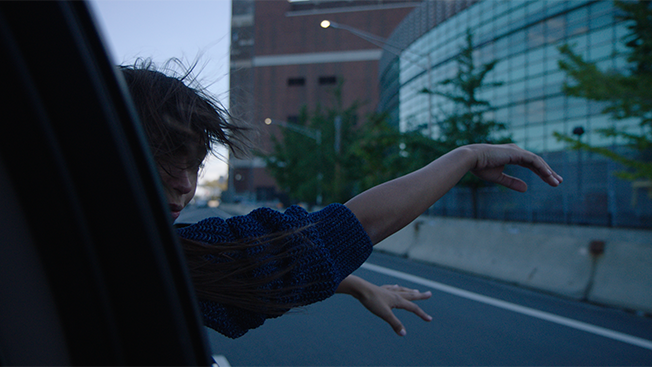 How much of what we hear do we truly understand?

A new video series by Danish electronics brand Bang & Olufsen sets out to reimagine the value of everyday sounds and the art they often encase. Each one-minute movie is in some sense an essay, an ode to the ear, a visual and auditory thesis of why things sound the way they do.

Created with the agency Mass Appeal and creative studio Decon, the films for the younger B&O Play brand feature a variety of artists, actors and athletes who talk about how they perceive sound in their everyday work and life. In one video, an actor talks about accents and where he does and does not come from, showing how our assumptions aren't always correct. In another, a person in the field of architectural acoustics talks about how certain technologies create sounds different than nature.

"We focus most on sounds that carry a message," the character says. "But what about the sounds that seemingly have nothing to say? How do they affect us?"

There are subtle references to B&O, such as when something syncs with an iPhone or when a women puts on a pair of headphones on a train. There's also the ending line of each film, where the person says, "Make beautiful music."

In another, a "music healer" talks about how different sounds affect they way we think and feel:

"The only difference between music and sound is the organization that goes into music. And our heart rate and our brain waves align themselves with that beat."

The campaign is a first on a number of fronts for the brand: It's the first B&O branded content campaign, first U.S. focused campaign and also the first project that connects content to real-life events and performances. According to Travis McMichael III, the U.S. marketing director for B&O, the series is meant to be "digital bread crumbs" that lead users to a brand newer to the U.S. market.

"I think there's been so much narrative around sound, around performance and just from a commuter's perspective, but no one is really looking at how it's driving other creative pursuits and how it's influencing them," he told Adweek. "We wanted to continue to have conversations and illuminate how people were doing interesting things at this intersection of art and technology."

McMichael—who ran marketing strategy for Beats by Dre both before and after the company was acquired by Apple in 2014—said the audio industry has gone through a "paradigm shift" where consumer products have some type of cultural component embedded into the launch. And while most audio brands focus on products, McMichael said he wanted to focus less on what B&O is selling to create a nonlinear story about sound.

The internet and hyper-curated discovery platforms such as Instagram have led to creating an "equal playing field" when it comes to cultural vernacular, McMichael said. That changes how brands talk about themselves.

"We're living now in a hybridized, multi-hyphenate sort of creative environment where nobody is sort of singularly defined by their output," he said. "It's more so about what they're interested in exploring. And we found that really refreshing and relevant and in line with our brand DNA."

Mass Appeal has music and culture built into its DNA as well. The New York agency—which also has its own music magazine and record label—didn't just want to raise new thoughts about sound—they also actually let listeners hear old sounds in a new way. (A fitting goal for an audio brand.)

According to Jon Colclough, account director at Mass Appeal, the characters speak from an audiophile's perspective, but in a way that helps even the lesser trained ear to hear better. (The agency and Decon worked with an audio engineer to highlight different types of sounds in each video.)

"When you watch these pieces, you can walk outside your door and start to play on those tips and tools we've shown through these spots," he said. "So it's taking the legacy of great sound and sound experience and giving it to the masses."

Watch the other videos here: