Part of NBCUniversal's big bet on the digital publisher 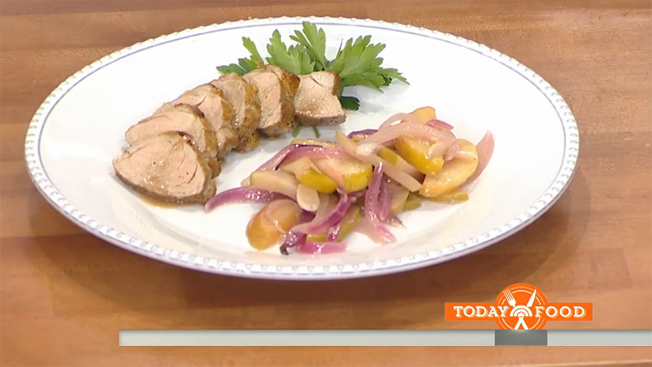 BuzzFeed's viral Tasty recipes are coming to TV. As part of NBCUniversal's $200 million investment in BuzzFeed last year, the Today show and BuzzFeed are teaming up to create food content for the morning show.

On Friday morning, Today show co-anchor Al Roker hosted a food segment showing how to make a pork tenderloin recipe. But the network first cut to a clip of a BuzzFeed-created version of the recipe in the style of the site's popular Facebook and digital videos.

The segment is part of a bigger package of five "one-pot dishes" for which the two companies created recipes. (BuzzFeed created three, and Today used two of its existing recipes.)

BuzzFeed posted three one-minute versions of the videos to its Facebook, Instagram and Twitter accounts with copy mentioning the Today show. At the end of each clip on the morning show, Roker prompts viewers to check out BuzzFeed. On Facebook, the three videos have collectively generated more than 28 million views since they were posted Thursday.

The Tasty-Today partnership is just the latest example of how the two companies are working together in a cross-platform manner as part of NBC's hefty investment.

Earlier this summer, BuzzFeed produced Snapchat content for NBC's Olympics coverage. And for Leap Day in February, BuzzFeed worked with NBC and American Express to create 30 minutes of TV and digital content, including spots on Today.