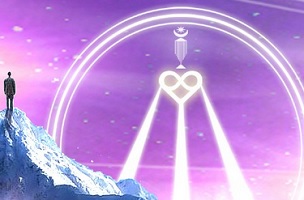 This week’s edition of The Outer Limits of Inner Truth kicks off with audio from one of comedian Sam Kinison’s many hilarious bits. The one about the dichotomies of world hunger:

“You see a little [starving] kid out there [on TV] and you know, the film crew could give this kid a sandwich… You know there’s a director, five feet away, going, ‘Don’t feed him yet! Get that sandwich out of here!! It doesn’t work unless he looks hungry!'”

While the overall spiritual POV of this radio program is certainly not everybody’s cup of tea, it’s yet another reminder of just how far and wide the audience net has been cast thanks to the power of the Internet. Fans of the comedian will definitely want to bookmark and listen to the September 11 episode of this Star Com Radio Network offering, as it features a lengthy interview with the comedian’s brother Bill, who also co-authored the 1994 book Brother Sam. The portion of the conversation covering Sam’s interactions with Robin Williams is newly poignant. (Starts at 57:30 mark.)

Following host-producer Ryan McCormick’s great interview with Bill (which features a Jim Carrey anecdote that Bill says he has never told before), several psychic mediums, a past-life reader and an astrologer come together to provide a forensic analysis of the late comedian’s soul. When Kinison died in April of 1992, he and Bill had just signed deals with New Line Cinema, FOX-TV and a Vegas casino.

The brothers were on their way to Laughlin to finalize another casino deal, with the comedian planning to rejoin the preaching ranks in May of that year. RIP.