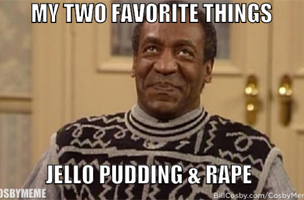 File this one under social media fails: Yesterday, Bill Cosby said in a since-deleted tweet:

The comedian had introduced a meme generator, inviting his followers to turn his photos into memes. (The meme generator has also been deleted.) Like #MyNYPD and #AskJPM, the experiment went awry after Twitter called out his history of sexual assault allegations:

Social media managers: Do not ask Twitter to chime in if your client has been embroiled in any sort of unresolved scandal.

So Bill Cosby asked ya'll to meme him? #CosbyMeme pic.twitter.com/JzKmUVQSNk