The strategy game challenges players to lead a civilization from the Stone Age to the Space Age through resource collection and combat. 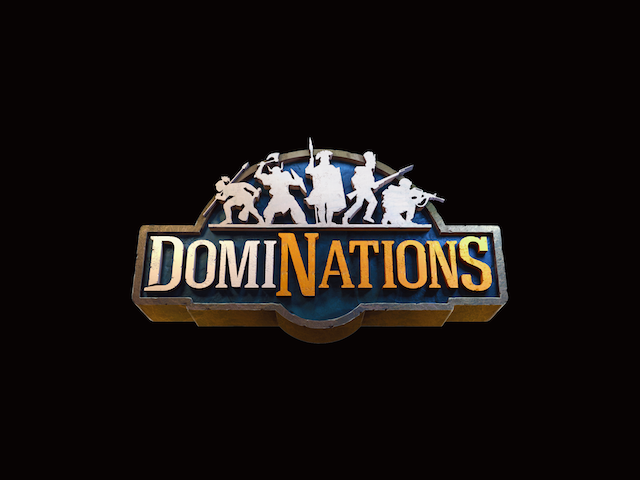 In October 2014, Big Huge Games, in partnership with Nexon M, revealed DomiNations, the developer’s debut mobile title, which allows players to choose one of seven great nations to lead through the Ages, gathering resources, forming an army and taking troops into battle for worldwide supremacy.

Now, the game has officially launched on iOS and Android devices, setting players lose in dawn of civilization. The game starts simply, as users build the Town Center, as well as a few homes, each containing citizens which are then used to complete most other tasks within the game. Gamers advance through the Ages by upgrading this Town Center, with each Age changing the style and look of the buildings within the land, as well as unlocking new buildings for purchase, new upgrades and more. These buildings and upgrades take time to construct, or players can speed their progress along with Crowns, the game’s premium currency.

To begin, players will gather key resources (gold and food) by helping their citizens become hunters and gatherers. They’ll harvest berries from trees, hunt small and large game (including bears, which may drop rare resources), and mine deposits for extra gold. As players advance, they’ll unlock Farms and Caravans for producing food and gold in bulk (respectively), and can turn their attention to increasing their country’s military forces, recruiting soldiers and upgrading their technologies within the Blacksmith’s shop.

Eventually, gamers will construct a Temple and Wonders (like Angkor Wat or the Forbidden City), which each deal with game-changing boosts. The Hanging Gardens, for instance, increases the resources gained from nearby fruit trees and gold mines, and decreases the amount of time those items require to recharge.

Once players advance through a few Ages, they’ll finally choose the nation they’d like to represent, with each having a different effect on the future progression of the game. That is, players can choose to join China, England, France, Germany, Greece, Japan or Rome, each with a different speciality, inspired by the real-world civilizations.

During combat, players can attack other real-world players in asynchronous battles. However, instead of attacking a static, empty base, players’ armies will go to war, with units on both sides engaging in battle. This potentially increases the challenge of each encounter, with players receiving up to five medals per battle, depending on their speed and overall dominance.

We had a chance to chat with Tim Train, DomiNations project lead at Big Huge Games, about the launch of the game, and what has changed since it was first revealed last Fall.

SocialTimes: Last October, you and Brian Reynolds gave us the rundown of what the game was planned to be. What sorts of major changes and updates have taken place since then, or has the game stayed the same as it was planned to be back then?

Tim Train: We’ve done a ton of changes to the game. They’ve mostly been in the balancing area. At the very end of October, the game went live in a few countries, to test out of the gameplay and see how players were liking the game. Our focus since then has shifted to primarily being about “Alright, what’s too easy? What’s too hard? What are players not finding fun about the game? What are all of the technical challenges that we need to fix?”

We’ve done a tone of tweaking. “Oh, these Wonder powers are not cool enough. Let’s add some new ones!” “This tactic type [doesn’t work] – we’re going to take it out and put a fun cool new one in.” That’s a lot of what we’ve been working on – the last tweaks to balance the game.