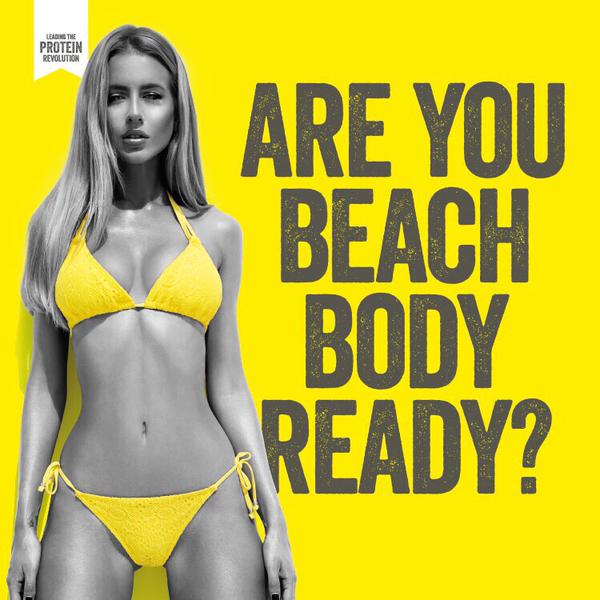 Once again we face the eternal dilemma: is all publicity really good publicity?

The UK’s Protein World — which is a company selling dietary supplements that are about as close to “healthy” as your standard bag of chips — is the latest party to test that rumor.

As reported on our sister site AdFreak (and many others) today, the company won lots of negative attention for its in-your-face campaign under the tagline “Are You Beach Body Ready?” The Guardian noted that a “mass demonstration” has been planned for the weekend.

Many responded to the campaign with humor:

It can be tough knowing if you’re #beachbodyready, so I made a diagram to help pic.twitter.com/PaZyVrHcQk

Some brands used the outrage for their own benefit:

But as one can see from this tweet, the company is laughing all the way to a sales record:

Protein World CEO Arjun Seth tipped his hand by sharing sentiments like this one:

@EscapologistGl I bet @arjun_seth gets more ass than a public bus seat. Have you seen him? The women are surely lining up.

This is hardly a business that doesn’t get PR; the company knows its way around some influencer marketing:

Again, though, we come back to question of whether all this negative attention was good for business. Sean Hargrave argues in MediaPost:

“Sure, the company is getting some harsh comments on social media, which it could probably deal with a little more professionally…

All the complaints have done is boosted sales and given Protein World an edge akin to the Adidas ‘There Will Be Haters’ campaign.”

Not sure about that given the product this company is selling, but consumers have fallen for such gimmicks before and will do so again.

It goes without saying that Protein World does its own PR.