Rhode Island Monthly charts the rise of a busy mother of five. 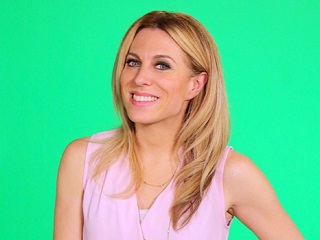 Earlier this month, TLC sneak previewed its new series What She Said, a program that showcases comedic commentary and life observations from women. Among the cast members are Audrey McClelland (pictured) and her momgenerations.com business partner Vera Sweeney.

McClelland, a mother of five, has got it seriously going on these days. And as she hints in the May issue of Rhode Island Monthly, her home office-based life is poised to get even busier:

As with every freelance career, the effort to pull in fresh assignments never stops. With that in mind, Audrey has signed on with a New York agent, Adam Kirschner of ALK Talent. He formerly handled broadcasters only, but has now switched to folks he calls “social influencers.” That means they’re experts in their fields, can leap from one medium to another and are adept at Internet communication.

“At the end of the day, Audrey is just an awesome person who’s super sweet,” Kirschner says of his mom blog client. “She’s someone companies want to align themselves with. And she could be a hero to any woman who’s thinking about starting a business by following her passions.”

McClelland travels regularly from Warwick to New York City for full days of either meetings or satellite interviews with local TV stations. In the case of the latter, the topic is generally sponsored. In the article by John Larrabee and Russ Olivo, she also outlines her golden rule for sponsored blog posts.