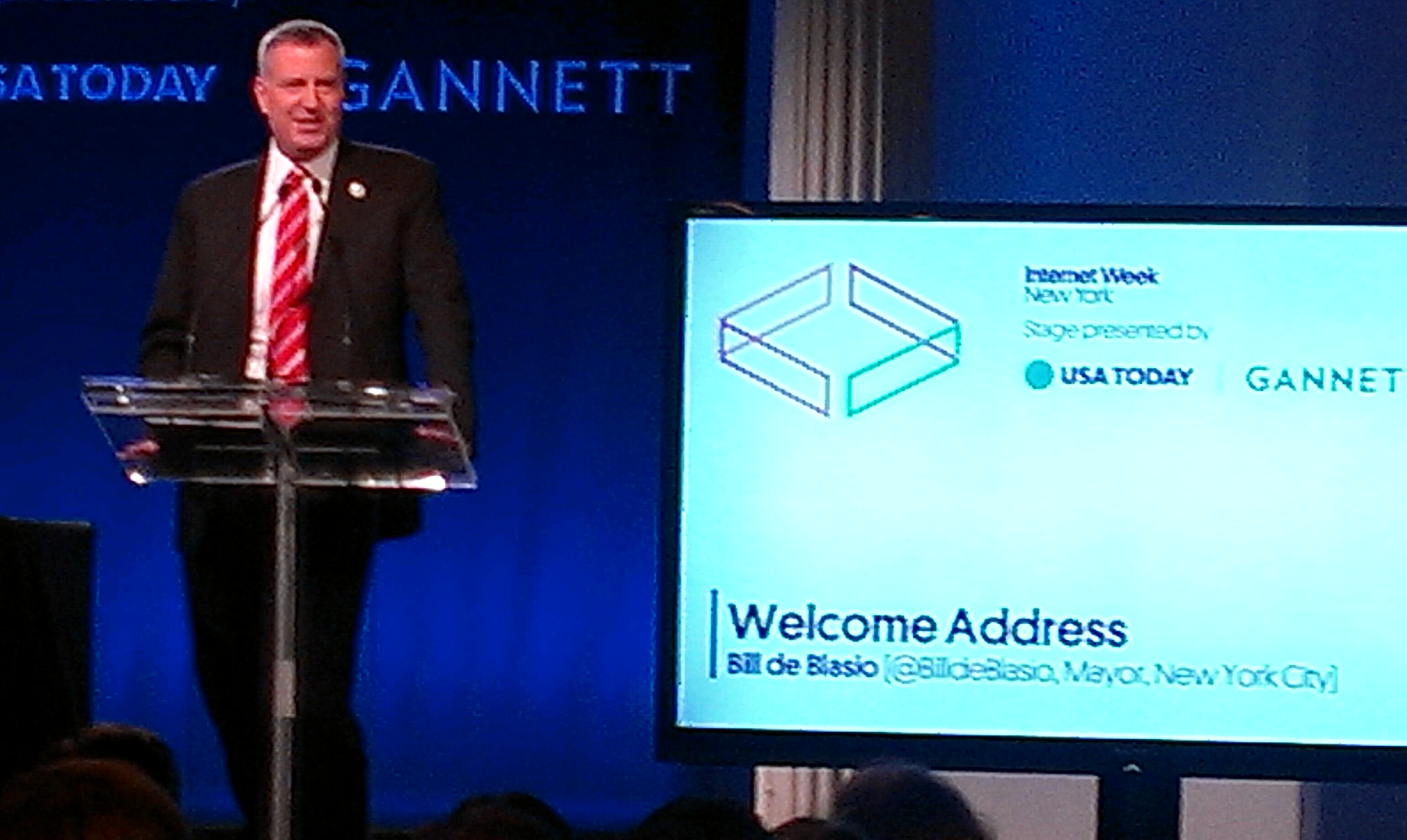 New York City Mayor Bill de Blasio delivered a resounding endorsement of the tech industry and the city’s role in further encouraging the sector’s growth during the opening keynote of Internet Week New York this morning. Perhaps the first indication of his enthusiasm was his punctual arrival at IWNY, which was packed with media and tech industry workers.

As the mayor reminded the crowd, “if a similar event was happening in Silicon Valley, the attendees would have to drive back to work, but here you can walk or bike back. That’s part of the glory of New York’s tech community. I’m proud to say that New York has the second largest tech sector. We’re growing, with 291,000 jobs that already exist in the tech system. We’re committed to a 5-borough approach, since there are start-ups in every borough”, he added.

De Blasio emphasized his hope that governmental efforts will help make the tech industry’s work experience better, especially since technology’s rise has fueled other parts of the local economy. He also acknowledged the prior mayor’s tech initiatives. “Bloomberg‘s administration did a fine job of setting the table, and we want to continue that effort.”

“We’ll take an energetic view to help the tech sector grow. The tech community has thrived with the right talent and resources”, de Blasion said. As he sees it, the keys include attracting and training talent, improving broadband access to residents, as well as creating innovative public-private tech partnerships.

He outlined a few of NYC’s and NYEDC‘s (New York Economic Development Corporation) programs to help foster tech talent, including:

“Broadband access is essential, and our approach will be bold and decisive”, the Mayor said. “We can’t have a digital divide, and a vibrant democracy runs through broadband access.” His plans in this realm include:

“We’re showing New York City is on the move as a tech center”, said de Blasio, noting the planned .nyc websites. “We need your investments to foster partnerships, and to mentor young people. With these energetic, ambitious, innovative approaches from City Hall we’ll try to move along with you. Undoubtedly New York City will become one of the great tech hubs.”