The series on wellness is sponsored by Sleep Number 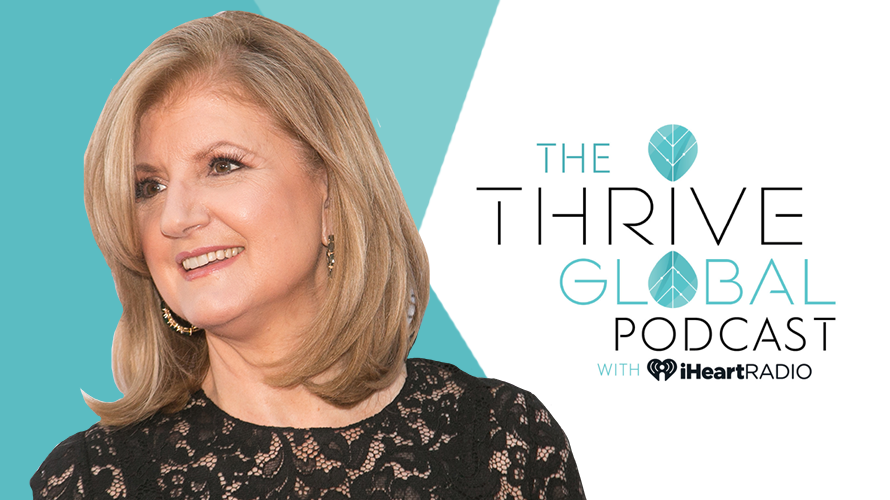 In a way, you might say Arianna Huffington is hoping her new podcast will put you to sleep.

The series features the media mogul and sleep advocate talking with celebrities about how they balance their ambitions with getting enough rest. And while interviews include actress Jennifer Aniston talking about her relationship with her phone and billionaire Mark Cuban talking about managing email and meetings, Huffington said the habits work for more than just the rich and the famous.

“The way we lead our lives—which is multitasking and being buried in our phones the whole time—goes right against our sense of wonder about life,” Huffington told Adweek.

Huffington, who left her position as editor in chief of The Huffington Post in 2016 to found Thrive Global, has spent the past year building a team focused on helping individuals and companies set better boundaries for how they use technology before they burn out. The podcast is produced by iHeartMedia in partnership with Sleep Number, which will use the series to promote its new 360 Smart Bed.

"The way we lead our lives—which is multitasking and being buried in our phones the whole time—goes right against our sense of wonder about life.”
Arianna Huffington

To anyone who’s been following Huffington over the past year, it’s probably no surprise that she chose Sleep Number for the series. Last year, she wrote “The Sleep Revolution” about the struggles she and many others have had with sleep deprivation and how to solve it. A few months later, Thrive released its own $100 “phone bed,” a charging mattress large enough for 10 phones to help people create the habit of tucking their phone in at night so human and machine can both recharge. Through the sponsorship with Sleep Number, Huffington and iHeartMedia are integrating preroll and midroll ads into the podcast that include tips for listeners to make small changes in their lives. The advice and interview highlights will also be turned into ads and other content for iHeartRadio’s broader audience.

Along with its digital platform, iHeartMedia will run ads across 850 broadcast radio stations in 150 local markets, which the company says adds up to around a 250 million listeners every month.

“There is a passionate audience that wants to live their lives with less burnout, less stress but also more productivity,” Huffington said. “So it’s not like a trade-off between achieving and being productive and taking care of yourself.”

This isn’t the first time Sleep Number has advertised with iHeartMedia, said Sleep Number CMO Kevin Brown. Over the past few years, the brand has run ads on iHeart’s broadcast stations as well as podcasts and livestreams. He said the company’s demographic “sweet spot” tends to be couples ages 35 to 64 with college degrees and a household income of more than $75,000. It’s an audience that better understands the value of sleep—and arguably one that can better afford the beds that cost quite a bit more than Thrive’s phone bed.

According to Brown, the newest bed includes technology that automatically senses a person shifting in the middle of the night and can change the structure of the mattress in real time. It can also warm a person’s feet to help them fall asleep faster and later this year will be able to detect when one person is snoring so it can adjust and keep the noise away from their partners.

“She’s really taken the lead on her conversation with each of the different guests,” Brown said of Huffington. “Where we are completely aligned are sleep and productivity being a regular and relevant part of our everyday lives.”

The series is not about just sleeping more or slowing down, Huffington said. It’s also about “setting boundaries” with technology and other obligations. She gave the example of Amazon CEO Jeff Bezos who told Thrive Global that sleeping eight hours is good for his shareholders.

“For example, I abandoned all notifications coming to me,” she said. “Listen, it didn’t take me much longer to find out that James Comey was fired. I didn’t need to get HuffPo and CNN and The New York Times and you and everyone telling me the same thing.”

According to research conducted last year by Harvard Business Review, about four in 10 business leaders surveyed said they didn’t get enough sleep at least four nights a week. Other studies also showed a correlation between efficient rest and effective leadership.

In its first year, Thrive Global has conducted trainings with companies like JPMorgan, Accenture and Airbnb. It’s also done work internationally, including in China with the Alibaba Leadership Academy.

iHeartMedia has been investing in podcasting of late. Last year, it opened its own podcast studio in partnership with WeWork. Since then, the total number of podcasts on the platform has grown, which iHeartMedia CMO Gayle Troberman expects to see nearly double from the current 5,000 or 6,000 to 10,000 by the end of 2017. The company also has been building out its programmatic advertising and audience targeting capabilities.

Troberman said the pairing of Thrive and Sleep Number provides more contextually relevant messaging that often creates unscripted moments. She described the series as an “audio program for Sleep Number” without the usual campaign constraints.

“There are very few places where you can get live, human contact, live human conversations, and that’s one of the reasons why we continue to do so well,” she said.