Are Facebook Stories Ads Beginning to Catch On With Brands? 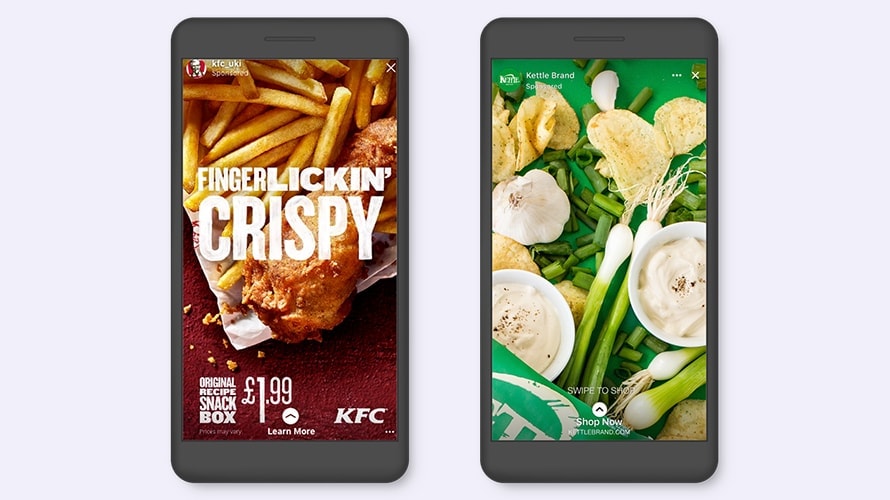 Facebook introduced ads for Stories last September and, while the social network and some of its advertisers are bullish on the option, the jury remains out among the ad community in general.

Ad agency executives are bullish on the Stories format in general.

McGarryBowen New York executive director of strategy Laura Chavoen said, “Stories’ placement at the top of the screen when Instagram is opened offers brands immediacy, and as Stories are viewed or scrolled, consumer ‘right tap’ sequential navigation brings brand content on-screen, where strong creative invites deeper engagement. The intimacy of Stories, in part due to their finiteness, provides brands the opportunity to bring consumers into the brand in unique ways.”

Her colleague, McGarryBowen Chicago director of strategy Kevin Kovanich, added, “Organic Stories will disappear in 24 hours, but those stories are reaching your biggest fans in real-time—people who have chosen to follow your brand and see your message. Yes, it’s fleeting, but you’re hitting that engaged audience with the content that they expect from your brand. Plan for this content to be real-time and in the moment. Paid Stories can live on for longer, so we always make sure that the message can live on for an entire media flight. You don’t want a Fourth of July message showing up in people’s feeds on Halloween.”

Digitas North America vice president and director of paid social Danisha Lomax stressed the feature’s emotional impact, saying that Stories have “become a great way for brands to show their human side and emotional side to the masses and people they’re trying to reach. Brands are looking to combat ad avoidance and provide messages that people trust. Stories have become a great place and opportunity for brands to create a sense of urgency in their messaging, a sense of FOMO.”

While Facebook would not break out the number of Stories advertisers by platform, the consensus among ad agencies is that the bulk of that activity is occurring on Instagram.

MediaCom social marketing strategist Dani Klein used even stronger language, saying, “I maybe have once seen a branded story on Facebook. The usage of stories on Facebook is still low.”

Klein’s colleague, head of social media Jeff Semones, sang the praises of Instagram, saying, “Instagram relative to Facebook is the platform du jour where all of the enthusiasm and a great deal of energy and audience growth are migrating. It’s just the place to play right now. The performance of Instagram Stories is driving adoption and increasing usage, while outperforming standard content (images and video). Facebook Stories is a paid media advertising play.”

Some of the brands behind those campaigns shared more specifics, as well.

Mark Aikman, general manager of marketing services for Mercedes-Benz USA, said Stories make up around 10% on average of its ad delivery, with that number reaching 22% for branding-focused initiatives like its A-Class Bucket List campaign.