An Us Weekly Sale Update: Tronc Is Out, AMI Could Be Back in

And staff await their fate 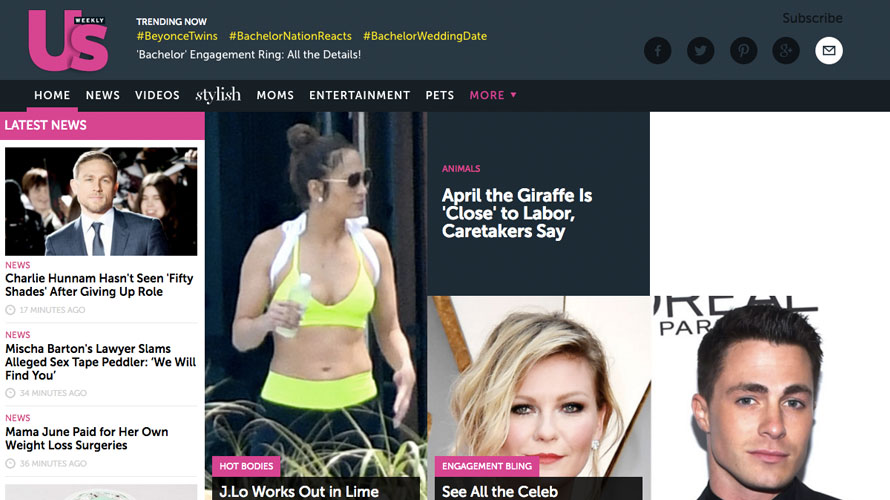 It was just a week ago that Tronc appeared ready to take Us Weekly off of Wenner Media’s hands, in a purchase that would have assisted Tronc in its ambitions to grow the entertainment news side of its business.

American Media, Inc., as it stood last week, was a mere bygone suitor, party to a prior deal that had fallen apart. That situation has been inverted this week. It’s now the Tronc deal has fallen apart, according to Ken Doctor and the New York Post’s Keith J. Kelly, who both report that AMI, publisher of gossip titles that include the National Enquirer and Star, has returned to the table, and will likely be purchasing the magazine for a sum higher than the 85 million to 95 million Tronc had reportedly been offering.

Accounts of what led Tronc to step away differ. Kelly attributes it to the fact that Tronc had “apparently discovered something in the due diligence stage that caused them to back away at the eleventh hour.” Doctor offers additional conjecture, including the idea that there was negative reaction to the deal from Tronc staff and board members, as well as the fact that Tronc may be holding on to its money for something bigger in the future.

It is Us Weekly staff that may lose the most if this deal goes through, potentially facing a loss of staff as well as status if moved in the direction of AMI gossip pubs’ reporting-lite, aggregation-heavy style. Here’s how Kelly laid it out:

Staffers were rattled as the news swept through the newsroom Monday.

“We thought we’d been saved from the slaughterhouse and now it looks like we face the bloodbath that would come from AMI acquiring us,” one staffer told Media Ink.

“If this is correct, they will only keep a dozen or so of us, which will result in 100 layoffs,” the staffer added. “Needless to say, many of us have spent the day on Mediabistro looking for new jobs.”